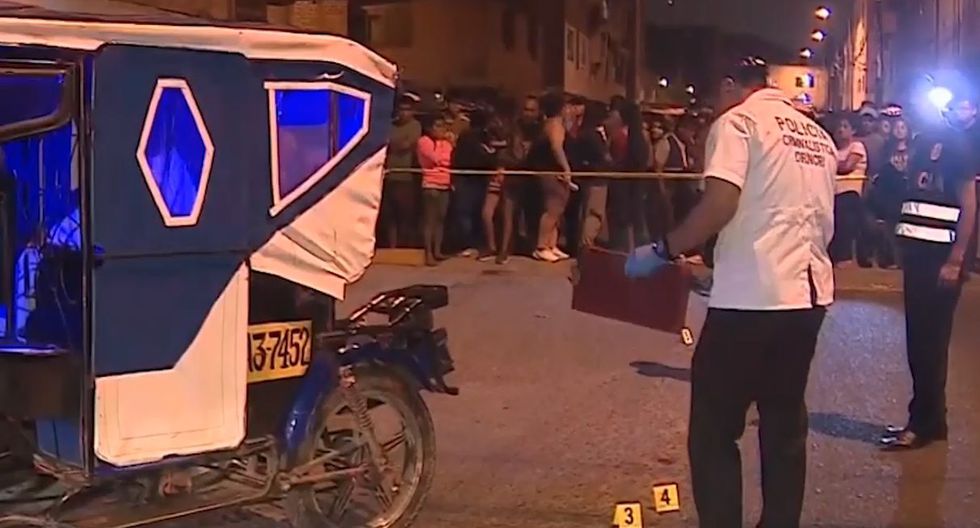 He received multiple gunshot wounds to the chest for which he was taken to hospital.

A Venezuelan citizen died of five bullet wounds to the chest after refusing to pay 5 soles, equivalent to a dollar, in the Chorillos district of Peru.

The victim was a motorcycle taxi driver and was shot dead by criminals who extorted money to allow him to do his job.

“In Block 1 of Los Titanes jirón, a criminal on a linear motorcycle intercepted Venezuelan citizen Luis Alexander Galindo Carranza (32), leaving a passenger behind,” the version concludes.

After the attack, the killer fled the scene.

Neighbors called the authorities who were tasked with raising an investigation into the incident.

Carranza was taken to a hospital, where he died a short time later.

Witnesses assured that the young man had already faced several threats before refusing to extort money.

Get instant information on your cell phone. Join the Diario Primicia group on WhatsApp through the following link:https://chat.whatsapp.com/G1A3T9ZMeGbLSwky655UNo

See also  A 14-year-old man comes to his house with a gun, and the girl's father kills him.