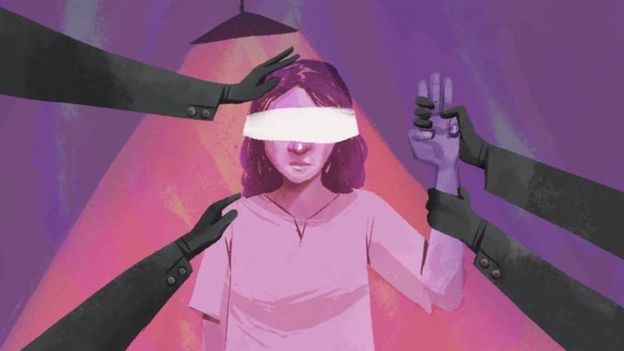 Torture, sexual harassment and threat of rape while in police custody.

This is what the dramatic accounts of Myanmar women found by the BBC say.

Five women arrested earlier this year for protesting against a military coup say they have been abused and tortured since their arrest.

Their names have been changed for their safety.

Warning: This artFiber Contains explanations of abuseOr they may be disturbed.

Since the Myanmar military took power in February, protests have spread across the country and women have played a leading role in the protest movement.

In Myanmar (also known as Burma), human rights groups say violence has increased since the coup, despite the military using tactics such as enforced disappearances, hostages and torture.

As of December 8, 1,318 civilians had been killed during the military crackdown on the pro-democracy movement, including 93 women, according to the Human Rights Aid for Political Prisoners (AAPP).

At least eight of those women died while in police custody, and four of them were tortured at the interrogation center. 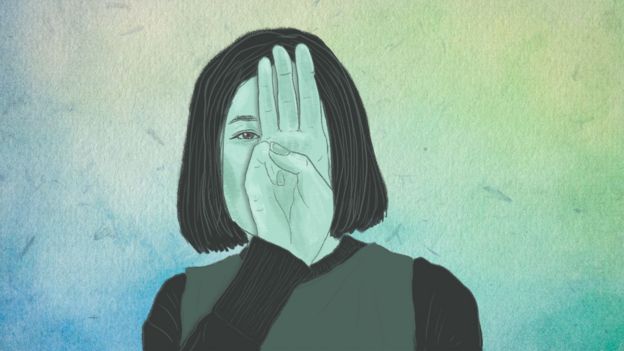 Democrat activist Ain Cho May spent nearly six months in prison, spending the first 10 days in one of Myanmar’s prestigious interrogation centers, where he was charged with sexual assault and torture.

Cho May told the BBC one morning during a protest that he had been arrested and was being loaded into the back of a van.

“It was already night when I arrived [a un lugar no revelado]. They blindfolded me and forced me to block imaginary objects when I went to the interrogation room so they could make fun of me, ”said Cho May.

Her captives interrogated her. Every response they did not like was beaten with a bamboo stick.

Cho Mae said she was repeatedly pressured for details of her sex life.

An investigator threatened her: ‘Do the women who come here know what we are doing? We rape and kill them.

And then it was Indiscriminate sexual abuse.

“They pulled down the baggy blouse I was wearing and they touched me and exposed my body,” she said. 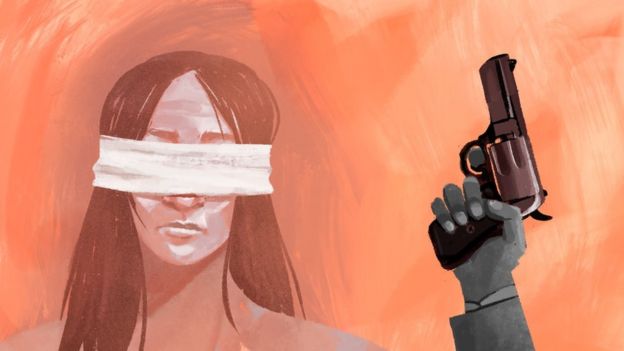 The blindfold was then removed and one of the guards was seen removing everything but one of the bullets from his revolver.

Because she did not give them details of her contacts, they forced her to open her mouth and “put the loaded pistol inside,” he said.

According to Manny Mang, a Myanmar researcher at Human Rights Watch (HRW), interrogation centers can be “anything from temporary detention centers to a room in a barracks or an abandoned public building.”

A lawyer in Myanmar who spoke to the BBC confirmed this, but asked not to be identified for his own protection.

He represents several detainees who complained of being tortured and sexually abused during interrogations, he said.

“One of my clients was misidentified, but arrested anyway. When he explained that he was not the person the authorities trusted, he was repeatedly tortured with an iron bar around his jaw until he lost consciousness,” the lawyer said.

The woman was then “sent to another interrogation center, where she was told that if a guard slept with her, he would release her,” he added.

Attorney He described the legal system in Myanmar as opaque, Lawyers like her sometimes feel powerless.

“We are trying to challenge [las detenciones e interrogatorios], But they tell us that the processes are legal and that it is [los interrogadores] They have got the order.

Although it is not possible to verify Cho Mai’s account, the BBC spoke with other detainees who said they had been tortured and sexually abused at interrogation centers.

They persuaded me to raise the three-finger bow [un símbolo de resistencia en Myanmar] For more than an hour a guard beat my hair to intimidate me, “said one inmate.

Another woman, who was taken to the interrogation center in Shwe Pai Thar Township, said: “They took the girls out of the room; Some unbuttoned their clothes or returned missing.

The BBC showed Cho Mai’s testimony to Myanmar’s Deputy Information Minister General Chao Min Tun, who denied that he had been tortured by the military, calling it “fake news.”

Earlier this year, the military sent a picture of a prisoner. Her face was bruised beyond recognition. The film is viral.

He is in jail and facing weapons charges. 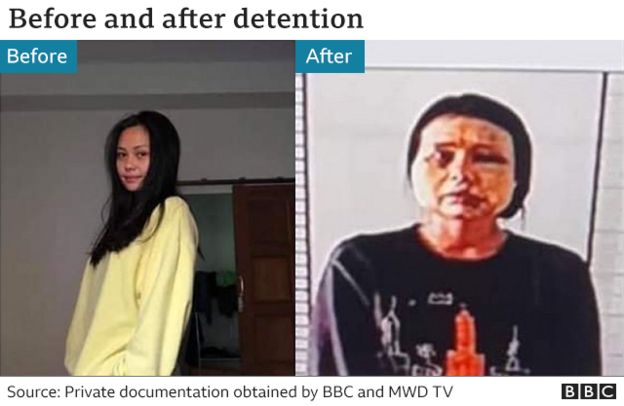 The BBC asked Jaw Min Tun Why did the military not cover up the injuries.

“This is something that can happen during arrests. They are trying to escape and we have to catch them,” he replied.

Abuse does not just happen in secret investigation sites.

One of his 50s activists, known as Lin, described to the BBC that he had been held in solitary confinement for more than 40 days at the Incheon Prison in Rangoon.

Except for the clothes Lynn was wearing, she didn’t even have the medicine she needed in her cell. He was further weakened while in custody.

“Sometimes I heard screams and cries from nearby cells. I kept wondering who they were beating. 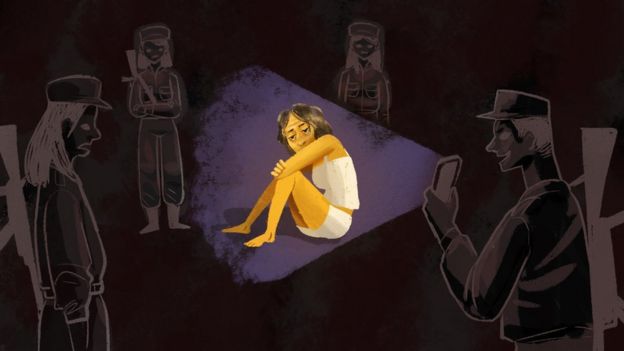 Lynn described how one day an officer entered her room with several female guards.

“When they left, I realized that person was registering me,” he said. He denounces it, but promises it is “useless.”

HRW researcher Manny Maung told the BBC that about 500 women are often held in prisons, cells that hold only up to 100 inmates. They need to sleep alternately because they can’t all go to bed at the same time.

They are denied basic health care, which they consider a denial of a “fundamental right.”

Maung, who went to the Shwe Pai Thar Interrogation Center, also experienced this in prison.

“The women who came from the interrogation centers had incurable injuries, some had menstruation and were only allowed to bathe after seven days in custody,” he said.

Cho Mae, who was released after a general amnesty for more than 5,000 prisoners in October, said it was worth fearing he would be re-arrested.

“I understand that there is always a chance that they will arrest me again and kill me, but I want to do something for my country,” he said.

“Although I do not feel safe, I want to continue to be a part of this movement.”

The BBC names 100 women each year as the 100 most influential and inspiring women around the world. We create documentaries, reports and interviews about their lives, women-centric stories.