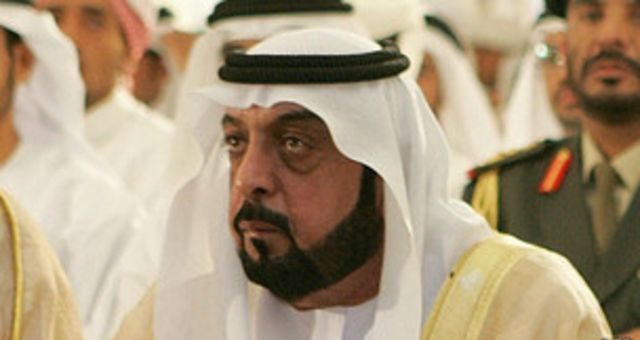 Khalifa bin Saeed Al Nahyan, Emir of Abu Dhabi and President of the United Arab Emirates, died this Friday at the age of 73. The circumstances of his death are currently unknown.

“The Ministry of Presidential Affairs extends its condolences to His Highness Caliph bin Saeed Al Nahyan, the leader of the nation who went with God, to the people of the United Arab Emirates and the Muslim world (…) on Friday, May 13,” the department said in a statement to Emirati state news agency WAM.

In a note that did not provide details of the caliph’s death, the ministry announced that, as is the tradition in some Arab countries, the official mourning and lowering of the national flags would be done at half mast for 40 days.

He also announced that the operations of all public and private companies will be suspended from this Friday.

Khalifa followed in his father’s footsteps and led the implementation of many modernization and development projects in the country, and in addition to investing billions of dollars, he suffered a stroke until 2014, for which he underwent emergency surgery at a hospital in your country.

Despite the authorities’ assurances that his health was “stable” at the time, Shaikh disappeared from the political and international arena and did not appear in public, handing over the job to his half-brother, Mohammed bin Saeed, the crown prince of Abu Dhabi. In 2004, he became a strong figure in the United Arab Emirates in recent years and a true leader of the country.

See also  Xiomara Castro expelled 18 delegates from her party
Independent journalism needs the support of its readers to continue and the uncomfortable news you do not want to read will be within your range. Today, with your support, we will continue to strive for an uncensored journal!