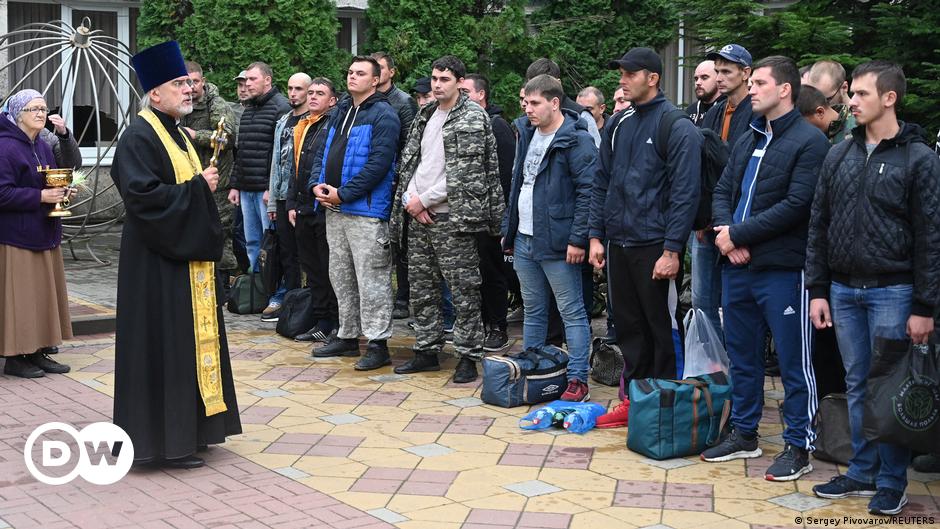 Officially, the partial mobilization in Russia, which began on September 21, 2022, has not yet ended. This will happen only after President Vladimir Putin signs a decree to that effect, which has not happened.

“This is not a partial mobilization.”

“The first mobilization took place in October, and it is not a partial mobilization. There are reports that call-up notices are still being received in various regions. Perhaps the Ministry of Defense is gathering some more experts. In any case, the mobilization is not over yet,” says Sergei Krivenko, director of the Russian human rights group Citizens, Military, Law. Russian authorities have listed the organization as a “foreign agent”.

Krivenko cited Putin’s August 2022 order to increase the Russian armed forces to more than 1.15 million soldiers. “Many experts estimate a total army of 800,000 in Russia at that time: conscripts, professional soldiers, officers and other participants in the war. And, with the autumn mobilization, it increased by 300,000.”

But already in December 2022, Russian Defense Minister Sergei Shoigu announced that the armed forces would become 1.5 million strong, Krivenko says, meaning a further increase of up to 400,000 soldiers. “This is preparation for mobilization. I think we should expect a second wave of mobilization by the end of January or February.”

Moscow military expert Jan Matveiev expressed similar views to DW in early December: “Firstly, there are no clear signs that Russia has given up continued mobilization. It keeps all options open. Second, one reason is in practice: Russian soldiers are dying. Or getting injured in large numbers at the front. Especially those who are mobilized. , because they are ill prepared, they must be replaced.”

The expert sees a third reason for new mobilizations in the fact that Putin has no intention of ending the war: “It will continue if nothing is stopped. For this, a reserve for the future is needed. The war requires a constant influx of resources and people.”

“At least half a million more players”

“There will be a second, third wave of mobilizations, because we are forced to do it,” declared Igor Kirkin, also known as Strelkov, a former “defense minister” of the self-styled “Donetsk People’s Republic.” At the end of December. “To win in Ukraine, we need to deploy at least half a million soldiers,” he said. Kirkin hopes there will be another mobilization on January or February 24, the anniversary of the invasion, which Russia calls a “special military operation.”

However, Russian state representatives deny any plans in this regard. “I don’t see the need to order another round of mobilization in the next six months,” Andrei Kuruliov, a member of the Duma security committee, said in an interview with the chita.ru website. “Even of those who have been mobilized so far, not all have yet been sent to the front.”