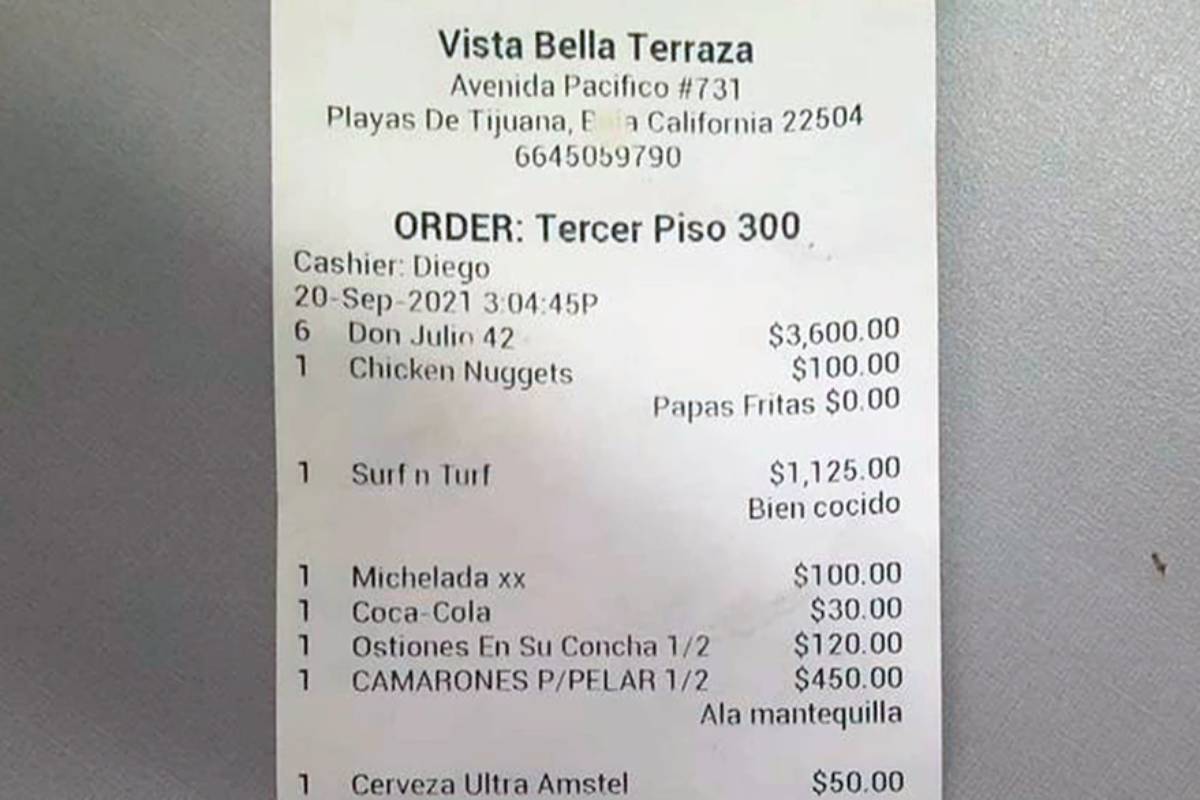 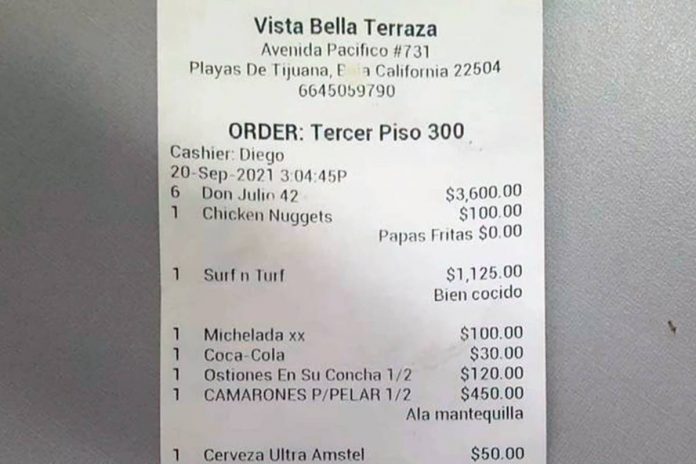 A group of Americans were on vacation off the coast of Tijuana, Mexico. There, the tourists decided to go out for lunch, finish the meal and were surprised to see a detail on the restaurant ticket. When presenting the request, without getting a satisfactory response from the waiters, the explanation filled them with anger.

After spending a few hours in the sand, under the bright sun and with the sea breeze, the visitors from San Diego decided to pause their day at the beach and eat something. Near the beach, they chose to do it at Vista Bella Terrazza Al Mar.

At the store, located at Avenida del Pacifico in Tijuana, they ordered restaurants, main dishes and drinks. Beyond tasting Mexican cuisine and coming up with a menu with regular drinks, they were very disappointed when they heard the bill.

The most expensive shop

Newspaper Facebook account The Sun of Tijuana Posted a photo of one of the diners identified as Mario Sacon. Of the six tequila shots, a Michelada, a cola-flavored drink, a beer, a portion of chicken legs and seafood totaled 6,578.50 Mexican pesos, about $ 346.

Not sure if the amount charged to them was correct, they decided to reconsider the detail so that 1003.50 Mexican pesos – about $ 52 – was associated with the service charge, 18% of the total consumption indicated on the receipt.

Surprised, they asked for explanations around the concept of the tip and asked why they included the fee without prior notice. But what made the diners so angry was the overwhelming response they received: “Here it is.”

Much of what happened to this group that went to lunch

The release on the Facebook page of the Mexican media provoked all sorts of reactions. Some were confused and noted that the restaurant should have informed them in advance that it would charge that value: that way, the restaurants might have decided whether to stay or choose another place for lunch. Others, however, expressed solidarity with the staff and pointed out that the tip was often a necessary complement to the meager salary of those working in such gastronomic companies.

“This is not called a tip, it is called abuse,” one user said. “Businesses want to live off tourism, but not from one tourist,” another agreed. Instead, one woman made a harsh remark against customers: “If there are more than seven people at a table in the United States, you know that no restaurant is going to charge you 18%. Tip whether you like it or not. They want to come to Mexico and not pay.