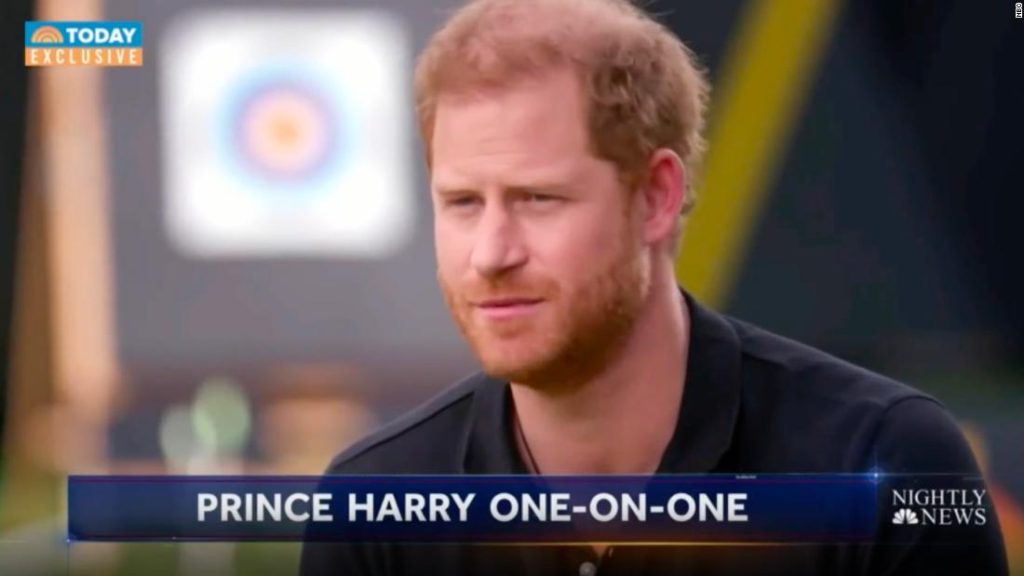 The Duke of Sussex told NBC’s “Today” program that he was “cool” with his grandmother, Britain’s Queen Elizabeth II.

“It was great to see her,” he said in an interview that aired Wednesday. “It’s in good shape.”

Prince Harry and his wife Meghan stopped over in the UK on their way to The Hague for The Invictus Games last week. The couple and the Queen had tea together during the meeting, he told NBC.

“She always has a good sense of humor with me and I make sure that she is, you know, protected and has the right people around her,” Harry said.

“We have a really special relationship,” Harry added. “We talk about things that you can’t talk about with anyone else.”

Harry said he missed his family in the UK, but did not comment specifically when asked if he misses his father Charles, Prince of Wales, and his brother William, Duke of Cambridge.

The Queen’s platinum jubilee celebrations are scheduled for early June. Harry said he would like to return to the UK so his two sons, Archie and Lily, can meet their great-grandmother.

When asked how fatherhood treated him, Harry said he enjoyed the “mess” and “learning” of becoming a parent.

Harry also discussed his mother, Diana, and said he started telling Archie what she was up to.

In January 2020, Harry and Meghan They announced that they would back down From the royal family, giving up their royal titles. They said at the time that they wanted to be financially independent.
Harry and Meghan have Lived in Santa Barbara, California, Since July 2020.

The Duke told NBC that he feels at home living in the United States.

“We were welcomed with open arms,” ​​he said. “We have such a wonderful community in Santa Barbara.”

Last week’s meeting with the Queen is the first time Meghan has returned to the UK since the couple announced their move.

Harry returned last year, joining his brother William to unveil a statue of their mother, Diana, at Kensington Palace. He also returned to the UK to attend the funeral of his grandfather, Prince Philip.

Harry and Meghan’s visit came after the Queen revealed she was “extremely tired and exhausted” in the wake of the latest Covid-19 bout. The 95-year-old king tested positive for the virus in February.