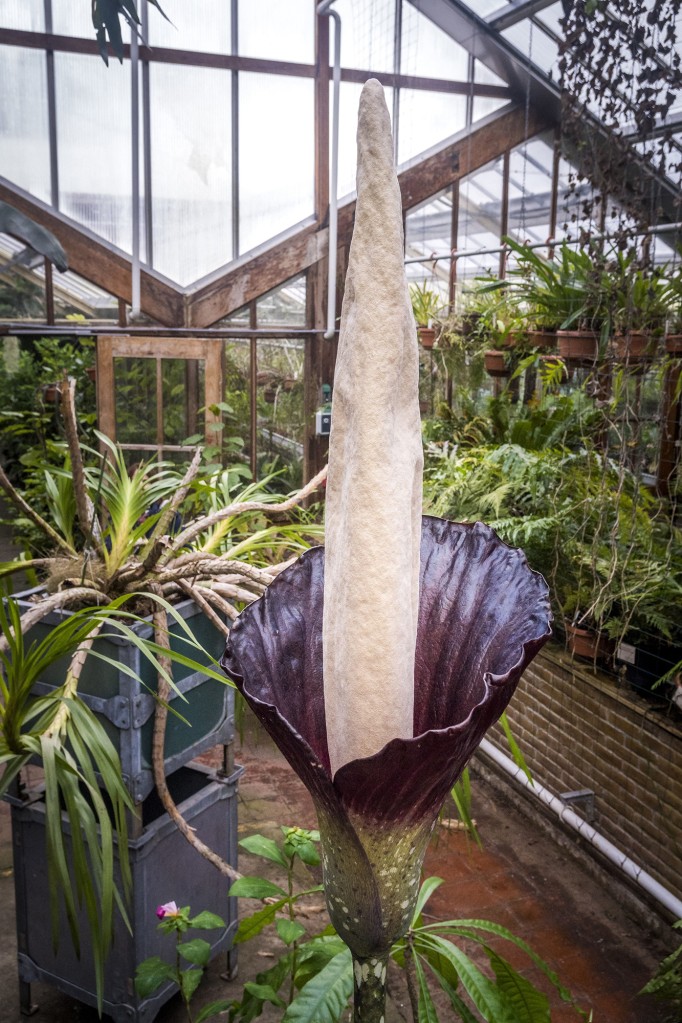 It has a horrible, pungent odor, similar to rotten meat, gardeners say.

A tall, folic-shaped rare plant blooms in a garden in the Netherlands.

According to Leiden Hortus Botanicus, a botanical garden at the University of Leiden, it is called the ‘penis plant’ and is the third time the species has thrived in Europe since 1997.

The six-year-old plant, scientifically named Amorphophallus decus-silvae, was grown by gardener Rudmer Postma, according to a press release.

Plantation staff first noticed the flower bud in mid-September, and in a month the bud reached a height of half a meter and the short stem up to 2 meters.

“Some botanical gardens have Amorphophallus decus-silvae in their collection, which makes the plant’s flowers particularly rare,” the report said.

Native to the Indonesian rainforest, the ‘penis plant’ requires a very hot and humid growing environment that is difficult to grow in Europe.

During the female flowering stage, the white part of the flower, called spatix, in the form of a phallus, warms up and emits an odor.