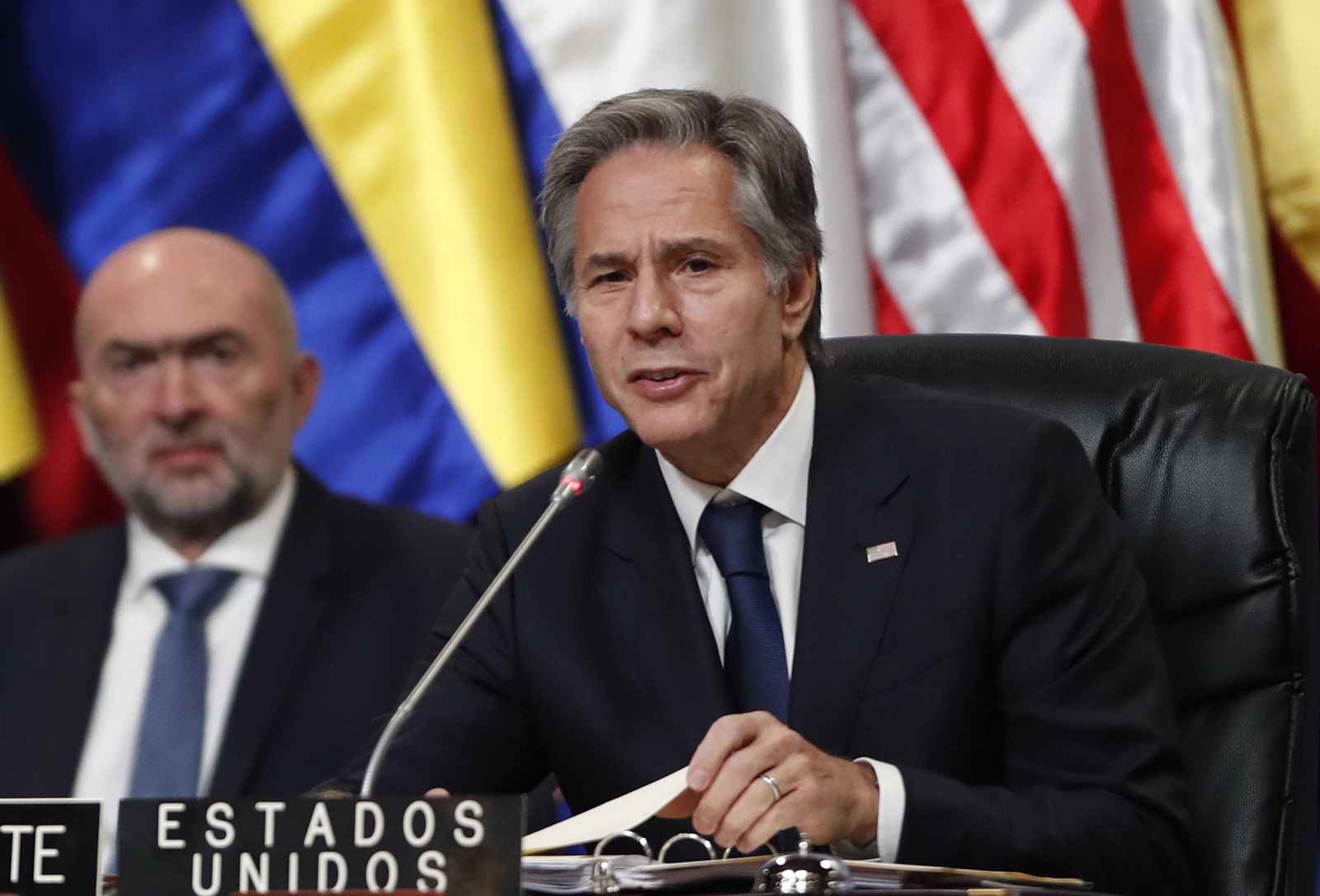 US Secretary of State Anthony Blinken warned Before the Organization of American States (OAS) this Thursday, anti-democratic leaders are prevalent in the region and called for ideologies to be put aside to protect democracy.

“Each time we see many leaders who take anti-democratic measures under the false pretense that they have popular support,” he criticized during the LII General Assembly of the OAS in Lima, which he did not quote directly.

The head of U.S. diplomacy cited as an example the passage of legislation that would allow presidents to extend executive orders or harass judges.

Blinken said the United States will work with its partner governments and civil society organizations to condemn these abuses.

“I want to be very clear: this is not about choosing sides between left and right or progressive and conservative, it is about committing ourselves to democracy before ideologies and parties,” he said.

#OASA Assembly | Anthony Blinken (@SecBlinken), Secretary of State #America: “It’s not about choosing a side between right and left, but standing up for our commitment to democracy.”

He calls for the condemnation of the regimes of Venezuela, Nicaragua and Cuba

The US secretary of state called on countries to “unequivocally condemn authoritarian regimes in the region”, among which he named Nicaragua, Cuba and Venezuela.

He asserted that Daniel Ortega’s government in Nicaragua was violating the OAS Democratic Charter through “arbitrary arrests of the opposition, suppression of protests and outright electoral fraud.”

He criticized the Cuban government for “arresting hundreds of people” for protests in July last year, who are in prison for going out “to respect their human rights”.

He accused Nicolás Maduro’s Venezuelan government of causing a “humanitarian disaster” that has led 6 million people to flee the country.

Pledging to ease sanctions against Caracas if Maduro returns to talks with the opposition, Blinken called on countries to join the call for free elections in Venezuela in 2024.

He also took the opportunity to mention the Russian invasion of Ukraine and congratulated Russia on its expulsion months earlier as an audience member of the OAS Continental Forum.

He said it was “crucial” for all countries to condemn the “rigged referendum” on the annexation of four provinces in eastern Ukraine to Russia.

#OASA Assembly | “All member states must unite to support a negotiated settlement that will lead to free elections in Venezuela in 2024,” said Anthony Blinken (@SecBlinken), Secretary of State #America.

#OASA Assembly | @SecBlinkenState Secretary #America: “In #Venezuela Citizens have been denied the right to elect their leaders, creating a humanitarian disaster for millions of migrants.