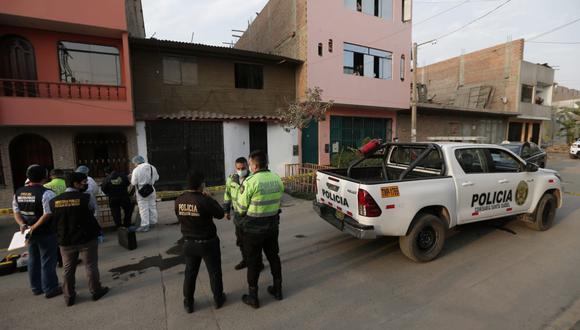 Peruvian officials have indicated that the killings may have been linked to human trafficking.


File | Authorities said the bodies were cremated after an autopsy

Two Venezuelans were killed and then burned in the San Martின்n de Porres sector in Lima, Peru.

Officers who went to the scene could not identify the bodies due to the decay they provided.

A day after the uprising, authorities pointed out that they were Venezuelan citizens who had entered the country illegally.

According to the Peruvian newspaper La República, they were identified as Gustavo Alberto Manrique Bandres, 33, and Emilio José Longa Rodríguez, 24.

According to police, two young Venezuelans were strangled and tortured before being dropped to the ground.

Similarly, police sources have pointed out that these killings may be related to human trafficking.

“There could be a ‘war’ between mafias dedicated to sexual exploitation and immigration and drug trafficking,” a detective told local media.

That informationImmediately on your cell phone. Join Diario Primicia on WhatsApp via the following link: https://chat.whatsapp.com/LhEbjobphJH16UQ9OUf05O