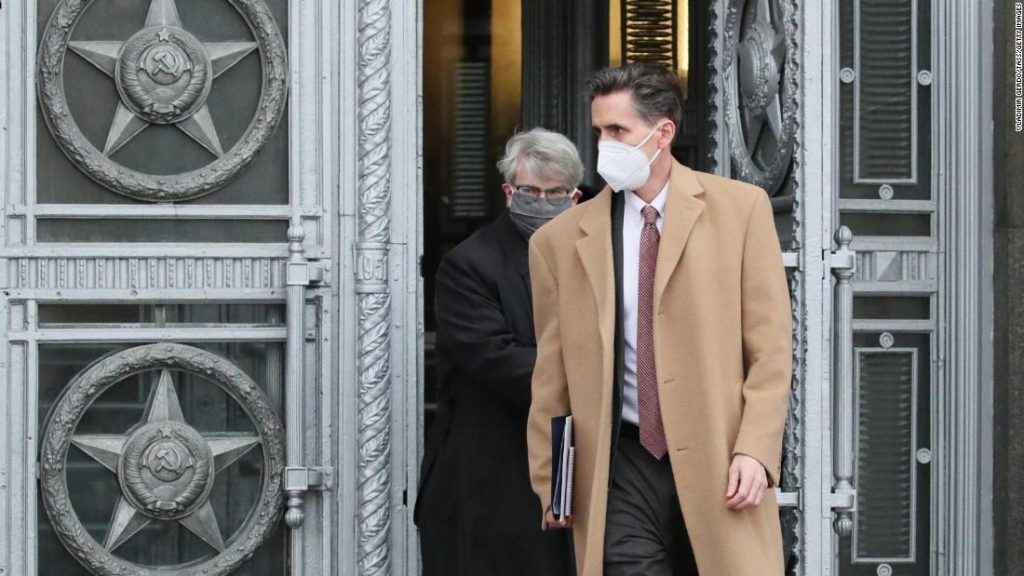 The deputy chief of the US mission in Moscow Bart Gorman, who is second only to the ambassador at the embassy, ​​was expelled by Russia earlier this year and given two weeks to leave the country, according to a senior US State Department official.

This diplomatic issue comes to the fore amid growing concerns about Russia’s invasion of Ukraine and President Joe Biden Thursday warning The US has “all indications” that Russia plans to attack Ukraine “in the next few days”.

A US State Department spokesman confirmed on Thursday that Russia had expelled Gorman and said the action was “unjustified”.

“We consider this an escalatory step and are considering our response,” the spokesman said.

Russia has consistently forced the United States to reduce its diplomatic presence in the country in recent years.

The spokesperson said Gorman has been in Russia for less than three years with a valid visa and his tour has not ended, also noting that Gorman is a key member of the embassy’s senior leadership team.

“We call on Russia to end the baseless expulsions of American diplomats and staff and work fruitfully to rebuild our missions,” the spokesman said.

The White House on Thursday reiterated the State Department’s assessment that this was an “escalatory step” and “unjustified.”

“Now more than ever, it is critical that our country has the diplomatic personnel necessary to facilitate communication between our government,” White House Chief Press Secretary Karen-Jean-Pierre told reporters aboard Air Force One.

CNN’s Veronica Straqualorsi and Betsy Klein contributed to this report.