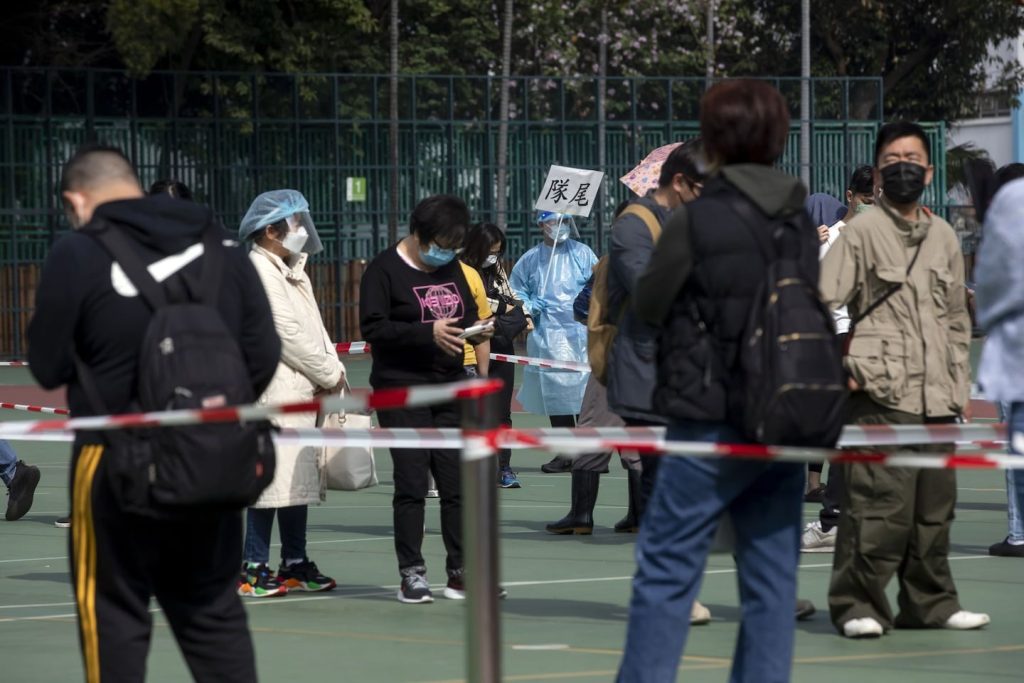 Newly reported coronavirus cases are declining worldwide, but WHO officials urged caution Wednesday, saying the drop in testing may contribute to the decline and that deaths from the coronavirus remain alarmingly high.

During the week of February 7, health officials reported 16.3 million new infections globally, down 18.2 percent from the previous week, According to the figures of the World Health Organization. However, deaths in the same period rose to more than 73,000, a 0.5 percent increase from the previous week.

“It is the sixth week in a row that we are seeing increased reports of deaths,” said Maria Van Kerkhove, an epidemiologist at the World Health Organization. Live event. “At this point in the pandemic, when we have tools that can save people’s lives, that’s a very, very large number.”

Mike Ryan, head of the World Health Organization’s emergency department, urged people to get vaccinated and to continue preventive measures such as masking, isolation or quarantine. “The idea that we’re going to drop everything, I think is premature in many countries right now,” he said.

WHO designated Western Pacific The region – which covers most countries between Mongolia and Australia – was the only one of its six regions to report an increase in cases for the week beginning February 7. Nearly 1.57 million new cases were recorded that week, reflecting an 18.7 percent increase from the previous week.

All other regions including Africa, where less than five Of the 1.2 billion people on the continent, they received at least one dose of the Corona virus vaccine, which led to a decrease in the number of new infections, according to statistics from the World Health Organization.

Eastern Mediterranean Region – Including Countries In Central Asia, North Africa and the Middle East It witnessed the largest relative jump in deaths during the week of February 7, reporting 3,286 deaths, an increase of nearly 40 percent over the previous week.