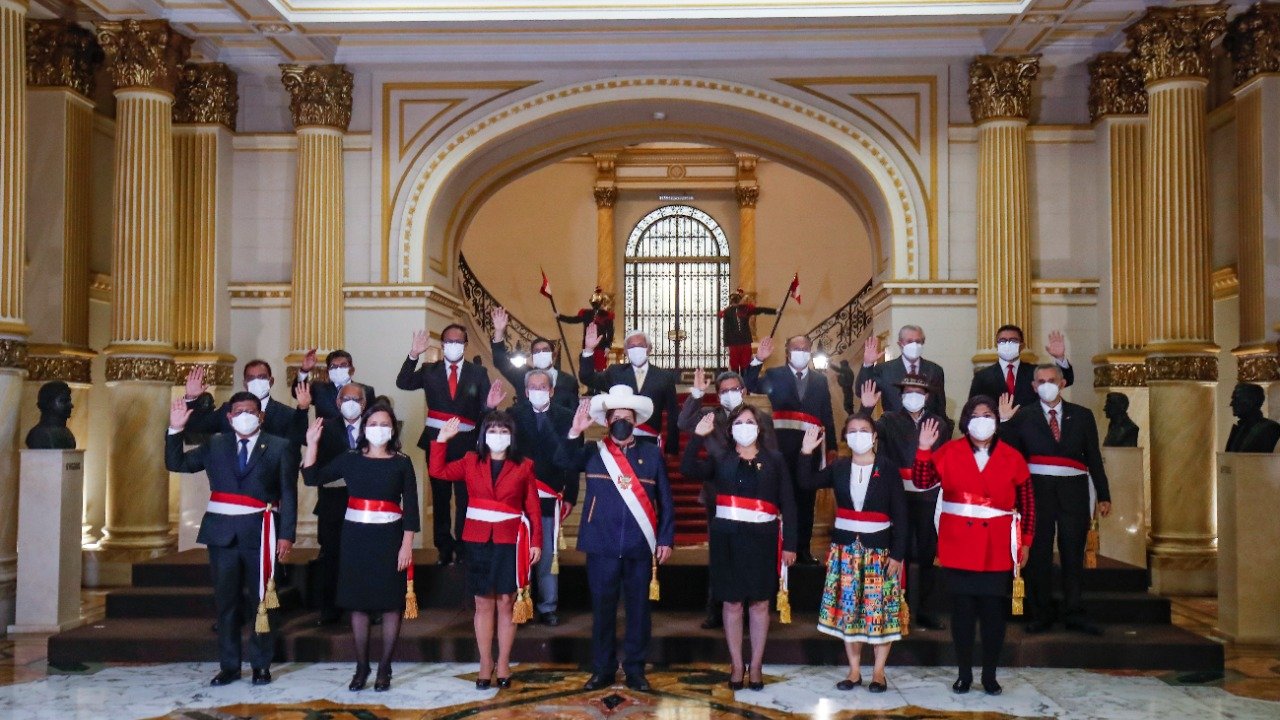 Peruvian President Pedro Castillo was sworn in at his new cabinet on Wednesday night in the Golden Room of the Lima (capital) State Palace, where seven new ministers were sworn in.

Following the resignation of Guido Belido, the former ministers were sworn in as chair of the Cabinet, “I swear, for the women and men who struggle every day to live with the country,” said Mirta Esther Vasquez Sukilin, former President of Congress.

President @PedroCastillo: Balance of power is the bridge between the rule of law and democracy. It must seek peace and unity in government. The question of trust, interference and censorship should not be used to create political instability.


Cabinet Movements The new Minister of Labor and Employment Promotion will be succeeded by Betsy Chavez Iber Marawa, a Congresswoman from Peru.

They complete the list of new senior officials Eduardo Gonzalez on the orders of the Ministry of Energy and Mining to replace Ivan Merino; Jose Incio replaces Juan Quispe as Minister of Production; Giuseppe Artis Perea as head of culture instead of Ciro Colves.

Artis Perea, one of the five women who counts, “I swear, yes, for every man, for the men and women of our country who fight every day to defend their rights, for the greatness of historical memory.” The new cabinet.

In addition to Prime Minister Mirta Vasquez, the new ministers are Betsy Chavez in the Ministry of Labor, Carlos Gallardo in Education, Luis Baranzula in Interior, Jose Incio in Production and Giselle Artis in Culture. The remaining ministers have been approved. @teleSURtv

The head of state recognized 12 ministers, including Foreign Minister Oscar Martua and Hernando Sevalos, who was the head of the health portfolio, particularly one of the areas he wanted to promote within the administration, particularly 19 epidemics after the Govt disease, which revealed vulnerabilities in Peru’s health system.

“I have decided to make decisions in favor of the administration: the balance of power is the bridge between the rule of law and democracy. .