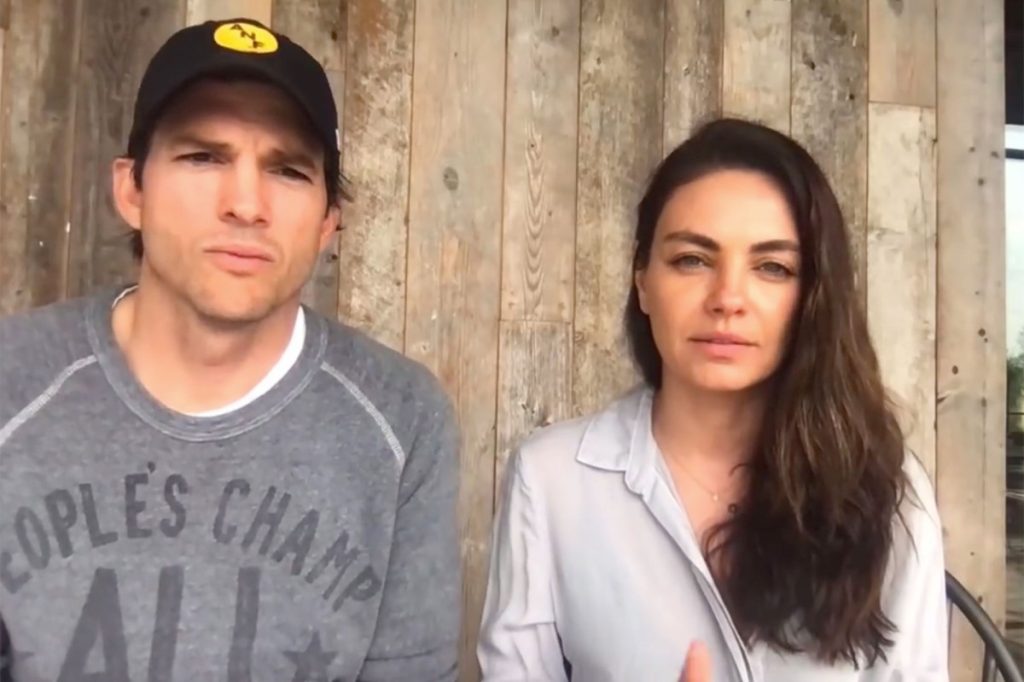 Mila Kunis and Ashton Kutcher are doing their part to help those affected by the current turmoil in Ukraine.

The couple announced in Hollywood on Thursday that They launched a GoFundMe page For the victims of the Russian invasion of the country, their donations will reach 3 million dollars.

“As we witness the courage of Ukrainians, we are also witnessing the unimaginable burden of those who chose safety,” said Kutcher, 44. Video shared on Instagram.

“Through GoFundMe, this fundraising will provide an immediate impact on humanitarian aid efforts for refugees.”

The “Two and a Half Men” alum sat next to his 38-year-old wife, talking about her Ukrainian roots.

“I was born in Chernivtsi, Ukraine in 1983. I came to America in 1991 and have always considered myself an American. “Proud American,” the actress said in the clip. I love everything this country has done for myself and my family. But today, I was never proud to be Ukrainian.

Then Kutcher shouted, “And I’ve never been more proud of marrying a Ukrainian woman.”

Elsewhere, Kunis described Russian President Putin’s attacks on Ukraine as “devastating.” “There is no place in this world for this kind of unjust attack on humanity,” she added.

Kutcher and Kunis — who co-starred on “That ’70s Show” and later married in 2015 — aimed to raise $30 million through their GoFundMe page, which will support refugee aid and more humanitarian efforts for Ukraine’s displaced.

The couple’s $3 million pledge will benefit AirBnB and Flexports, which provide shelter to those who have found safety in countries such as Romania, Hungary, Poland, Slovakia and Moldova.

Kunis — who shares children Wyatt, 7, and Dmitriy, 5, with Kutcher — has previously spoken about returning to Ukraine as an adult in 2017 interview with Net-a-porter.com.

We went to our house and knocked on the door because we really wanted to look inside. And the [the new owner] He was like, “No!” She didn’t care. I said: I used to live here when I was young, and my parents are here [with me]she said at the time. “You didn’t even open the door. The whole experience was so humbling.”