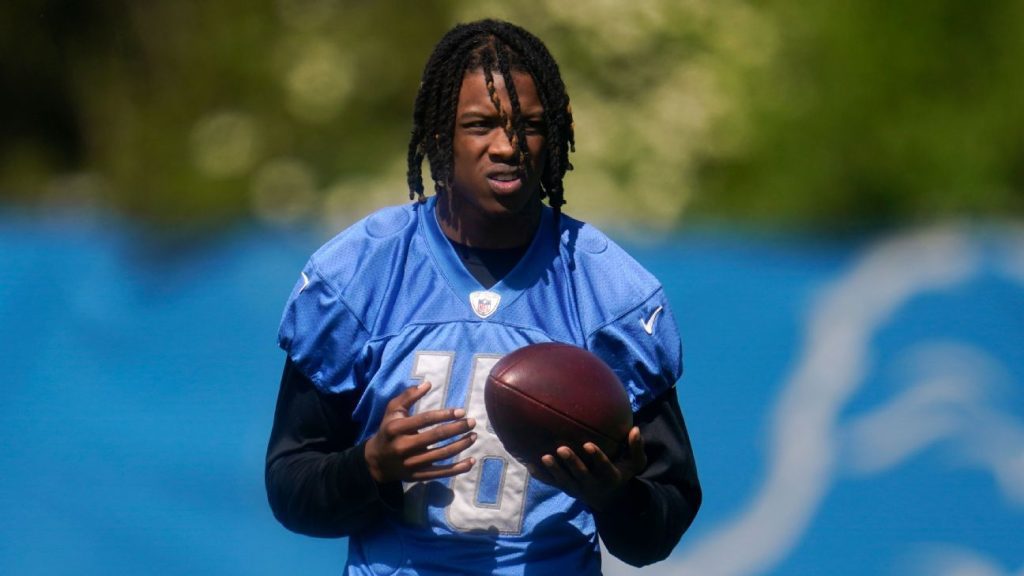 ALLEN PARK, MI – Although there was initial optimism that the Detroit Lions’ wide receiver Jameson Williams He may be available in time for training camp, head coach Dan Campbell doesn’t expect that to happen as Williams continues to recover from his ACL injury.

“I don’t see his preparation for boot camp. I don’t see that,” Campbell said. “I’m very optimistic, but I don’t see it. We’re going to do this thing the right way and when it’s ready, it’ll be ready. But, no, I don’t feel like I’m going to see him there on day one.”

Lions keep a close eye on their 12th pick and don’t want to rush his progress.

Williams was spotted around the junior training facility and mandatory mini camps, but only watched on the sidelines – while holding the soccer ball in his hands – in anticipation of his return.

Williams is expected to be a big part of the team’s future, which is why the front desk traded 20 positions to land in the first round. The Alabama player tore left ACL in January during the national championship game, but Detroit maintained confidence in his ability.

black quarterback Jared Goff He is among those in the organization who are highly anticipating his return while also trying to keep him engaged in the off-season. As a young player, Goff understands the value of continuing to be involved.

“Very excited. It’s a special talent and I just keep it [saying] “Get it back, get it back,” said Goff, like “Get it back.” “And I know they’re going to make sure he’s as healthy as possible, but selfishly, I want him back as soon as possible, but he stays engaged. He has the script in hand, he watches plays, he does a good job. He’s obviously a great talent, but he represents A huge part of our team so far, and I expect him to develop into his role well.”

As Goff watched Detroit move in to land him, he described the move as “great.” Goff also admitted to seeing his featured tape on draft night and said his ability to make people miss is what jumps off the screen and his speed.

“I’m just thinking about doing my best to keep him engaged and make sure he feels a part of what we’re doing,” Goff said. “And I’m not the only one, coaches do that and coaches and everyone else, but I think that’s what happens sometimes when these people go through a long rehab and you can feel like you’re not a part of it and I’ve had a long rehab in the off season.” So, just make sure he feels the love and is a part of what we do and it’s clearly going to be a big part of what we do, hopefully sooner rather than later.”