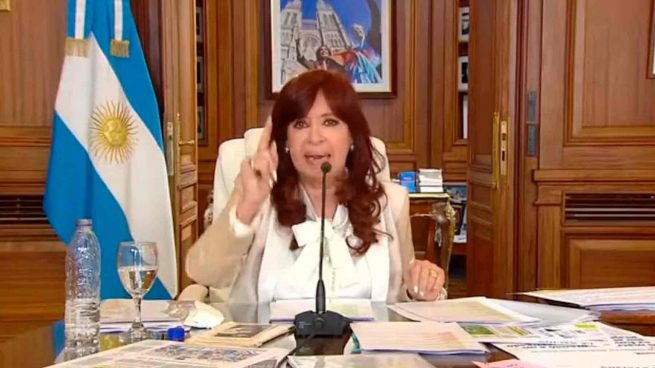 Regarding the administration, he said: “They are asking for 12 years because 12 years of the best government Argentina has had in recent decades.”

Argentina’s Vice President Cristina Fernandez de Kirchner defended herself in a half-hour speech after a lawyer sentenced her to 12 years in prison and a permanent disqualification from public office.

“I have already written the sentence,” said Fernandez de Kirchner, who pointed strongly against justice and against political opposition.

At the beginning of his speech to Congress, in which he showed files and read exchanges of messages related to the case, the vice president said that the trial began with a “fiction” and a script that was “very bad. , as well as lies “. “The justice system violates all the rules. “Allows” and “nothing claimed by the lawyers has been proved,” he said.

The vice president had already slammed the attorney general’s office’s decision on Monday, saying on Twitter that he was “not before the court of the Constitution, but before a media-judicial firing squad.”

In his lengthy speech, Fernandez read messages exchanged between former Public Works Secretary Jose Lopez, another official, and businessman Nicolas Caputo, in which he uttered one of the phrases that quickly went viral: “I am the one who thinks the most stupid. .”

In addition to listing charges against prosecutors and politicians, Fernández said the cases were cases of imitating “discipline” politicians. “This is not the trial of Christina Kirchner, it is the trial of Peronism, it is the trial of national and popular governments (…) We fight for memory, truth, justice, salaries, pensions, public works” , and emphasized that point: “Public works, yes, Public Works was a powerful public administration”.

See also  Russia says about the 'invite' in Ukraine: "No estates associated with creativity in EE.UU."

Regarding the administration, he said: “They are asking for 12 years because 12 years of the best government Argentina has had in recent decades.”

And he ended his message with a warning: “They’re not coming for me, they’re coming for you. They come for wages, workers’ rights, retirees’ rights, debt burden.

Get instant information on your cell phone. Join the Diario Primicia group on WhatsApp through the following link:https://chat.whatsapp.BNoMZwKUeWk9GJtyJhjYL6