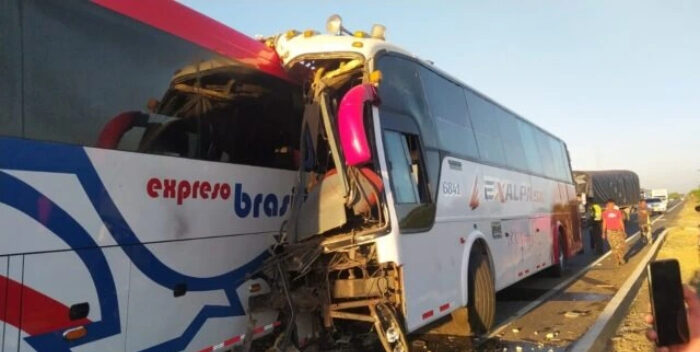 They point out that at least seven people were seriously injured and taken to a health center in the city.

A strong impact after a spectacular traffic accident has left one Colombian dead and seven injured.

The incident took place at the 33rd kilometer of the Riohacha-Maicao Highway in Colombia.

Neighboring police confirmed the deaths of three people, two of whom were a Venezuelan mother and daughter and one Colombian.

They also point out that at least seven people were seriously injured and taken to a health center in the city.

An official spokesman, on the other hand, said the front collided between two buses covering the Baranquila-Micao route and, conversely, caused one of the drivers to try to cross the vehicle at full speed, resulting in fatalities.

Get instant information on your cell phone. Join the Diario Primicia group on WhatsApp via the following link: https://chat.whatsapp.com/GGEskt8fXoU1z5i6W4V6bv