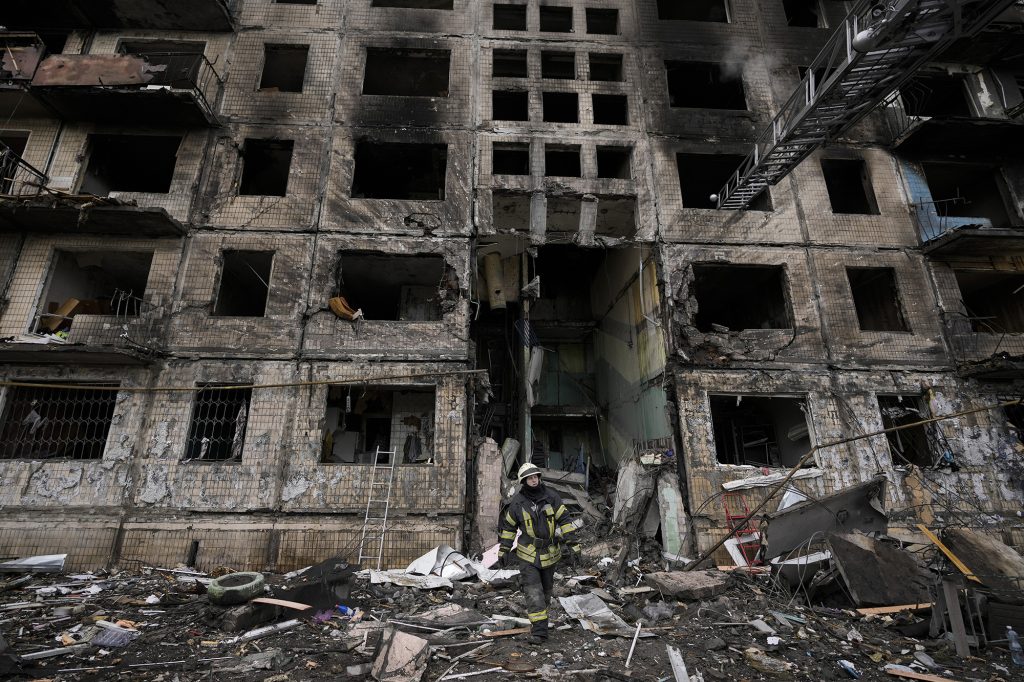 The International Committee of the Red Cross has called for an urgent solution to prevent a “worst-case scenario” for civilians trapped in the southern city of Mariupol, according to a statement issued Sunday.

“The worst-case scenario awaits hundreds of thousands of civilians trapped by heavy fighting in Mariupol unless the two sides urgently reach a concrete humanitarian agreement,” the statement said.

The International Committee of the Red Cross has called on all warring parties in Mariupol to agree to a ceasefire that guarantees safe passage for civilians.

The ICRC added: “All those involved in the fighting must agree on the modalities and timing of the ceasefire, and the exact locations of the safe passage route, thus ensuring respect for the Convention.”

The International Committee of the Red Cross said hundreds of thousands of Mariupol residents face “a severe or total shortage of basic necessities such as food, water and medicine” and many are sheltering in “unheated basements”.

The bodies are also trapped under the rubble or dumped where they fell in the city.

Earlier Sunday, the Mariupol city administration said in a Telegram post that a large convoy of humanitarian aid destined for the besieged city had not arrived, and was still stuck in Berdyansk, about 50 miles to the west, leaving 400,000 people waiting for help.

Ukraine’s Deputy Prime Minister Irina Verychuk said Sunday that Mariupol was subjected to “artillery and aerial bombardment throughout the day.”

See also  Russian missiles rain down on the cities of Ukraine