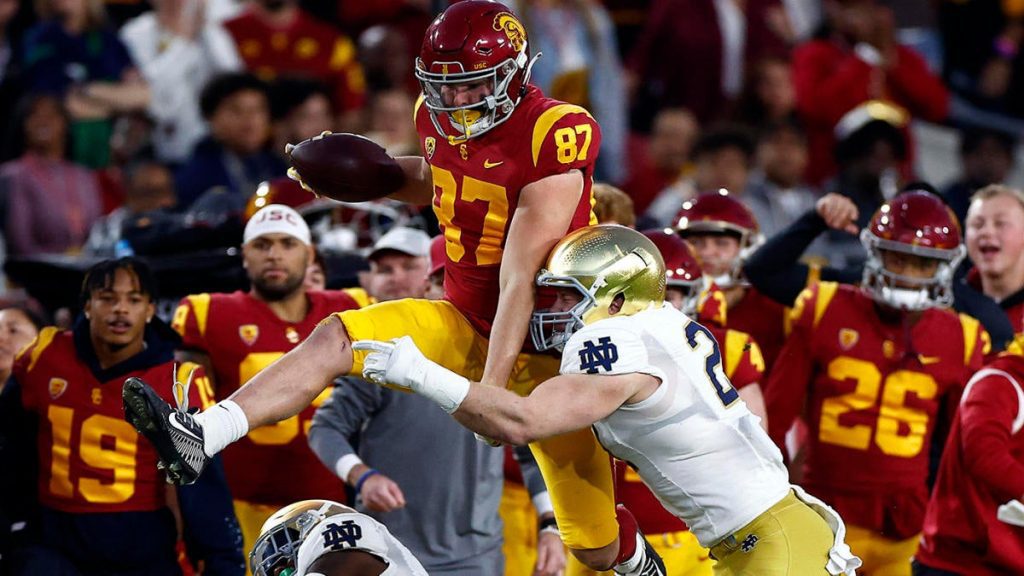 No. 6 USC took a 17-7 lead over 15th-ranked Notre Dame at halftime in an antagonistic showdown as the Trojans attempt a decisive victory for their College Football Playoff hopes. With a win on Saturday and the Pac-12 Championship Game next Friday, the Trojans will have a strong case for making a four-team field. The Fighting Irish have been playing some of their best football lately, though, and gave the Trojans a first-half challenge.

Behind quarterback Caleb Williams’ play, USC led with two possessions in the first half. Williams played a variety of roles for the Trojans in the first half. In addition to some elite quarterback games, featuring a rushing touchdown and a touchdown pass, Williams also booted a 58-yard kick. On another play, he ended up as a receiver on a trick play and was called for pass interference while breaking up a potential interception. With the Fighting Irish looking to end the regular season with a bang, and USC yearning for titles, the second half will be compellingly theatrical.

CBS Sports will be here all night with live updates, highlights and analysis as the Trojans and Irish battle it out in what should be a massive game to wrap up Rivalry Week.