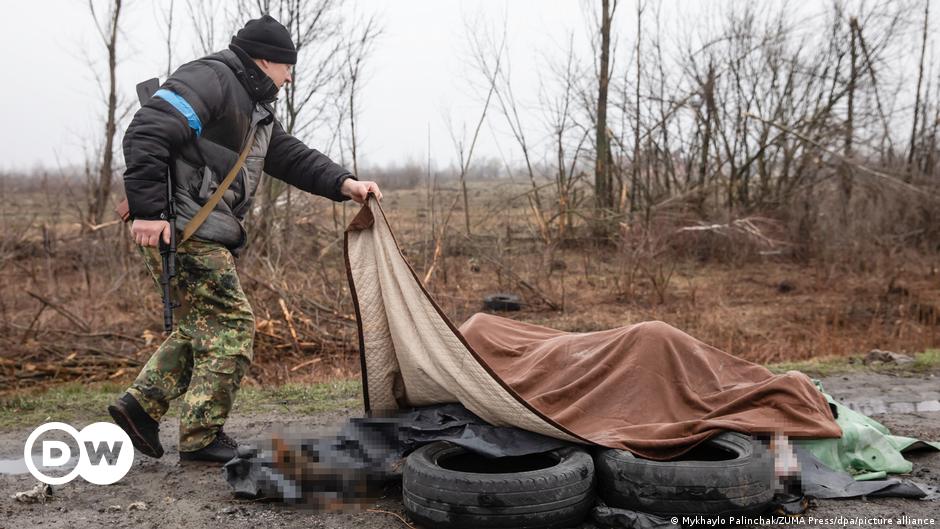 Ukrainian Foreign Minister Dmitry Kuleba this Saturday (04.03.2022) demanded that the International Criminal Court (ICC) be sent to the Kiev district of Pucha after hundreds of civilian bodies were found.

Guleba called on the ICC and other international organizations to go to Bucha and other Russian-controlled areas north of the capital to gather evidence of possible war crimes. “The Pucha massacre was deliberate. The Russians want to expel as many Ukrainians as they can,” the minister said on Twitter, urging the international community to impose catastrophic sanctions on Moscow.

Pucha Mayor Anatoly Fedoruk announced that the streets of the suburbs were overflowing with dead civilians after the withdrawal of Russian troops. “Some were lying on the sidewalk, others near a car or bicycle,” he said in a video posted on Facebook in which he said 280 bodies had already been buried in the public cemetery as the municipal cemetery could not be used. ..

There were particularly bloody battles in the area as Russian troops tried to encircle Q, and people suffered a difficult humanitarian situation due to supply cuts. On March 13, local health services in Pucha announced that at least 67 civilians had already been buried in a mass grave.