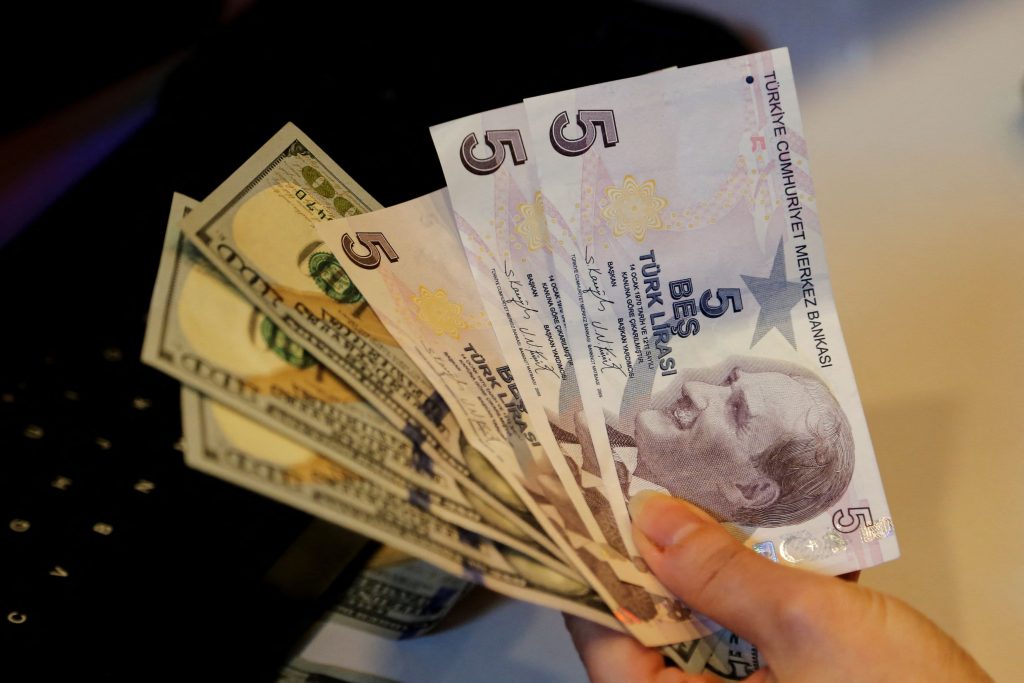 A money changer holds Turkish lira and US dollar notes at an exchange office in Ankara, Turkey, December 16, 2021.

Record energy imports in January helped widen Turkey’s trade deficit, and commodity prices continued to rise amid concerns over supplies and the Russian invasion of Ukraine. Brent crude is up 53% year-to-date.

Turkish President Recep Tayyip Erdogan has prioritized credit and exports, while constantly arguing – against all economic dogma – that raising interest rates actually exacerbates inflation rather than tames it.

Turkey’s central bank has cut interest rates by 500 basis points since September to 14%.

The Turkish lira lost nearly 47% of its value in the entire past year, in a defeat driven by Erdogan’s refusal to raise interest rates as inflation continues to rise. The currency turmoil severely affected Turks, as the value of their salaries fell and the cost of living rose dramatically. Sharp increases in electricity and natural gas tariffs have compounded the suffering of consumers and businesses.

The country’s inflation figure in January was 48.7%, which is already the highest at that time in two decades. In mid-February, Erdogan vowed to “break interest rate constraints” and reduce inflation to single digits. He blamed the Turkish currency’s problems on “foreign financial instruments”.

Instead, Erdogan’s government encouraged a “permanent lira” and “bailout plan” that would guarantee Turkey’s central bank savings in lira by intervening and offsetting losses in lira deposits if their value in hard currency exceeds interest rates set by banks.

Analysts say the plan is costly and essentially a hidden rate hike, and is unlikely to be sustainable in the long term.

“Inflation will remain close to these high levels until the final months of this year, but it appears that the central bank and, more importantly, President Erdogan have no desire to raise interest rates,” London-based Capital Economics wrote in a note on Thursday.

The dollar rose just under 1% against the lira Thursday morning in Istanbul, with the Turkish currency trading at 14.13 to the dollar.