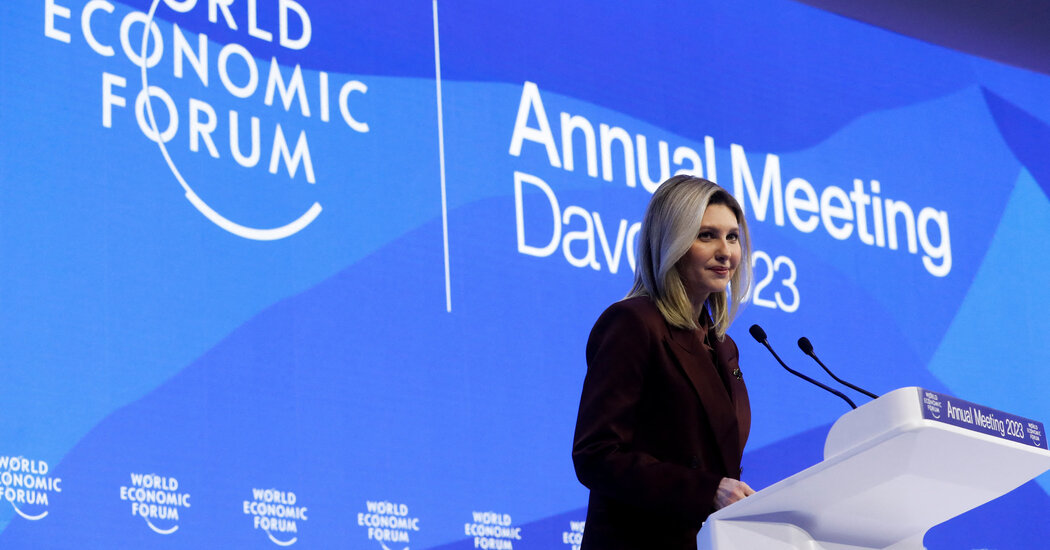 KYIV, Ukraine — Draped in the deep blue and yellow of the Ukrainian flag, Natalia Valevska sang patriotic songs and sang a crowd of young children huddled in the auditorium of a hospital in Kyiv, the Ukrainian capital.

Children were invited to the front of the room to join the singer, one of several acts intended to bring smiles to their faces.

For the kids, thanks to the performances, war seemed a few hours away.

Ohmatdyt Hospital, the country’s leading children’s hospital, holds concerts every week for patients, their parents and staff. Some of the young people in the audience were being treated on this very day for injuries they had sustained during the war. But the vast majority of children were suffering from various diseases or being treated for other diseases.

Despite the war, the hospital staff is dedicated to providing the best possible care for children. Equally important, many of the staff here say, is ensuring kids have a space to just be kids.

“We are organizing concerts so that these children can have a normal childhood,” said Anastasia Magiramova, the hospital’s communications officer. Since last March 8, days after the start of the Russian invasion of Ukraine, the hospital has been holding concerts.

Katerina Yurho, a young girl in the audience, 13, smiled as she listened to the performance and chatted with the girl next to her. She used a wheelchair, and had her left leg elevated after a recent operation.

See also  The last war between Russia and Ukraine: what we know on day 238 of the invasion | Russia

She and her sister were outside a train station in the eastern city of Kramatorsk in April with their mother and aunt, waiting to be evacuated from the city. When a missile hit the crowd.

Her mother was killed. In the months that followed, she was in and out of Ahmetdet Hospital to follow up on surgeries and rehabilitation.

But at these concerts, she can leave the horrors of war behind for a few minutes, and said she misses performances when she’s not in the hospital.

It is just one of the hospital’s initiatives to lift the children’s spirits. It brings in volunteer clowns to entertain the kids, provides art therapy, and has an on-site school for those in long-term care.

Colorful scenes of castles floating on pink, cottony clouds are scattered across the walls. On one floor, a mountain waterfall cascades behind the reception desk. In a bone marrow transplant unit, a mural of a whale swimming in rainbow-coloured seas stretches across one end of a hallway.

“We want to create a beautiful world for our children,” added Ms. Magiramova.

They are the creations of Angela Dmitrenko, an artist who has been painting hospital scenes since before the war. But now, she said, her work has taken on a new meaning.

“We want to create a space not only to allow children to heal physically but also to heal mentally,” said Ms. Dmytrenko, 38.