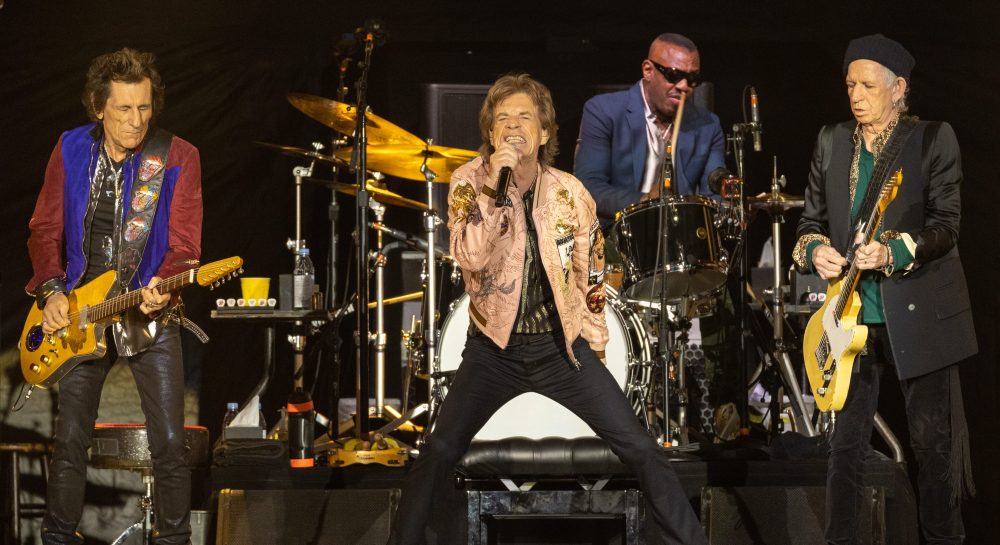 It’s time today rolling stones to enter the 1966 song “Out of Time” in their playlist. As unlikely as it may seem, given the number of times the song has been covered by others or licensed to films, the band never performed the tune live until they appeared on the Stones’ European Tour that opened Wednesday night in Madrid, Spain.

There was a rumor that the song might appear, as eavesdroppers at round rehearsals heard the Stones trying to “”out of time”‘, although there are rare instances of them experiencing them during rehearsals that rarely or never get into a tour. So his actual appearance at the opening of the Metropolitano was indeed considered a blessed event.

Due to the song’s continued popularity among fans, some might assume that it was released as a single in 66, but that wasn’t the case after it debuted as a cut on the “Aftermath” album. It was a quick cover version of British artist Chris Farlow – produced by Mick Jagger (with Jimmy Page on guitar) – which later hit #1 in the UK in 1966; This cap didn’t break the Hot 100 in America.

In 1975, the Stones’ version of the song was finally released as a single, albeit featured in a different form and patched together on the compilation album “Metamorphosis” that Allen Klein put together after the band came out of his sponsorship. That version of the song used the backing track from Jagger’s 1966 song Farlowe and featured Jagger’s demo song recorded to direct Farlowe. But, as a single, this new creation wasn’t a success – it peaked at number 45 in the UK and number 81 in the US.

So why do people imagine that stones had such a hit with it? In addition to the fact that it’s a strong enough kisser that it can be overwhelming, the song has been licensed for a decent amount over the years for use in “End of an Era” in movies and television.

In Hal Ashby’s post-Vietnam drama “Coming Home” in 1978, it was used to the opening credits, a montage that mixes footage of rehab veterans with footage of Bruce Dern’s character running on the beach, suggesting he might be the only one who ran out. his time. The song reappeared at the end of the credits.

Most recently, Quentin Tarantino had an entire “Metamorphosis” version running late in the runtime.Once upon a time in HollywoodAt the beginning of a kind of epilogue sequence in which Leonardo DiCaprio’s character returns from a long trip abroad, with a new counterculture look.

Although the Stones didn’t collectively consider it worthy to go live until 2022, that didn’t stop other artists from performing it. According to setlist.fm, Elvis Costello has performed it with or without Imposters, at least 47 times, and it was included on the 2011 live album The Amazing Lyric Songbook Returns. (Costello sang it on tour as recently as last year.) Van Morrison has also been listed as having sung it in concert at least 12 times. On record, it’s covered by the Ramones, among others – compare Costello and Ramones versions, below.