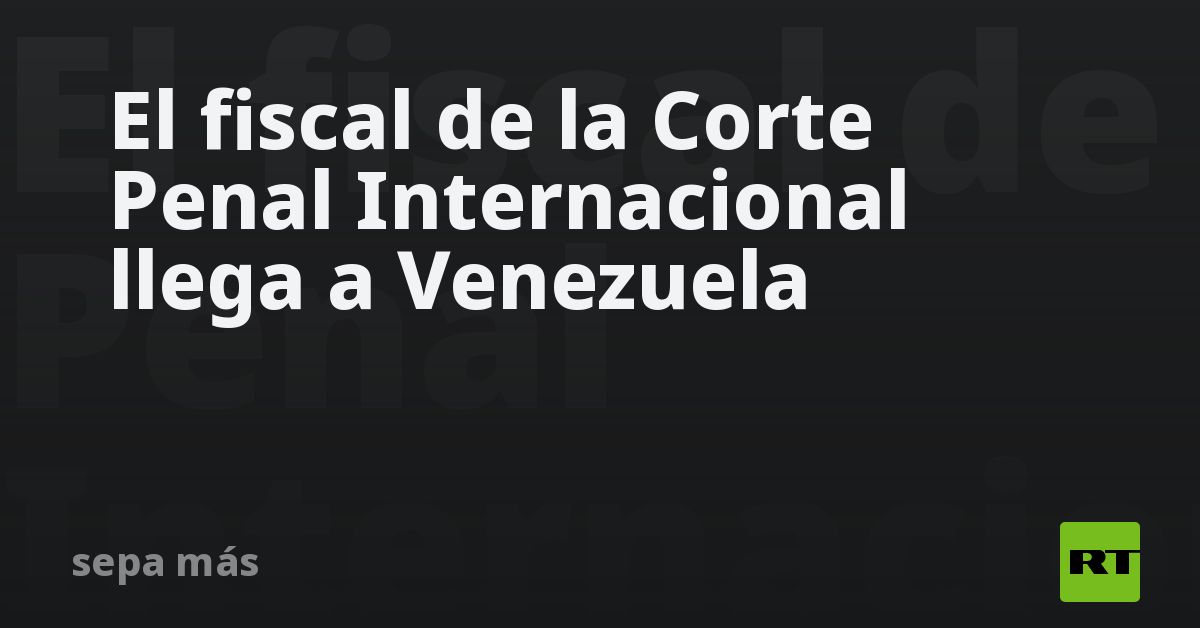 Kareem Khan, a lawyer at the International Criminal Court (ICC), arrived in Venezuela this Sunday on a three-day business trip at the formal invitation of the country’s Attorney General’s Office. During his stay, Khan plans to reconsider the functioning of government agencies.

In this case, Advocate Khan is expected to learn first-hand about the progress of government agencies and to establish a dialogue of positive cooperation, as he has been doing since the recognition of Rome law. pic.twitter.com/gAxNejuIAF

That’s two Problems The lawyer will address in Caracas: