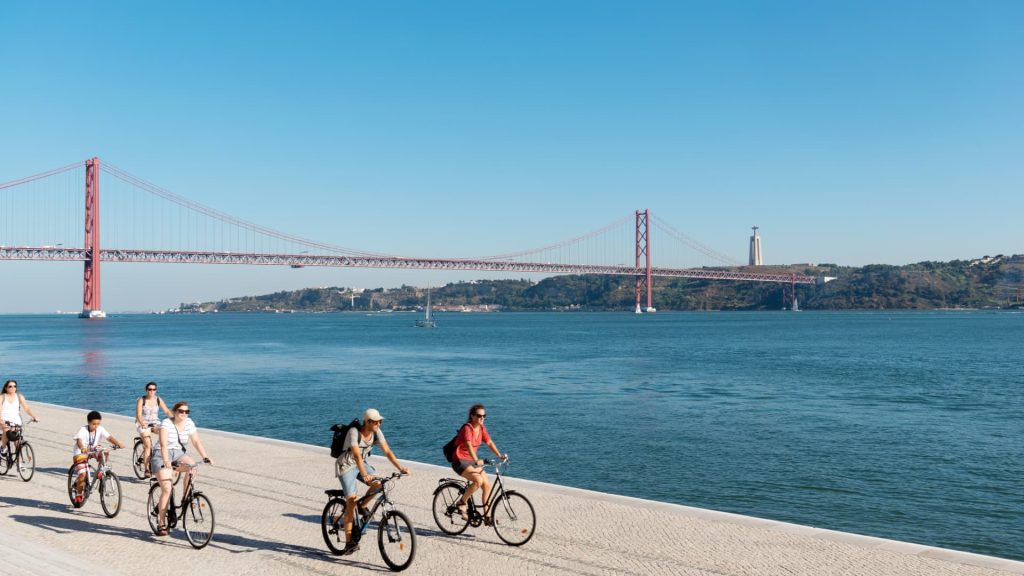 Cyclists are photographed in Lisbon, Portugal, in October 2018.

The International Energy Agency said Friday that speed limits on highways should be lowered by at least 10 kilometers per hour (6.2 miles per hour) to help reduce oil demand.

The recommendation is part of a broader 10-point plan published by the Paris-based organization.

“We estimate that full implementation of these measures in advanced economies alone could reduce oil demand by 2.7 million barrels per day over the next four months, compared to current levels,” the IEA report said.

It added in a press release that the figure of 2.7 million is equivalent to the demand for oil for all cars in China. She added that partial or full adoption of the measures in emerging economies would amplify their impact.

The plan comes at a time when oil markets are facing significant uncertainty and volatility in the wake of the Russian invasion of Ukraine in February.

Russia is a major supplier of oil and gas, but its actions in Ukraine have prompted many economies to try to find ways to reduce their dependence on Russian hydrocarbons.

In a press conference broadcast via Zoom on Friday morning, the Executive Director of the International Energy Agency, Fatih Birol, described oil markets as being in an “emergency.” Birol added that things “could go wrong” over the next few months.

Against this background, other IEA proposals to reduce oil demand include:

“Reducing oil use should not remain a temporary measure,” the IEA report said. “Continuous cuts are desirable not only to improve energy security but also to address climate change and reduce air pollution.”

She added that governments have “all the necessary tools at their disposal to reduce oil demand in the coming years, which would support efforts to enhance energy security and achieve vital climate goals.”

A number of organizations advocate a reduction in the use of fossil fuels, but actually achieving such a goal is a daunting task. The vast majority of cars on our roads, for example, still use gasoline or diesel, while energy companies continue to discover new oil and gas fields in a variety of locations around the world.

In a statement on Friday, the IEA acknowledged that the majority of its proposals “will require changes in consumer behaviour, supported by government action.”

“How and whether these measures are implemented is subject to country-specific circumstances – in terms of energy markets, transportation infrastructure, social and political dynamics and other aspects,” the IEA said.

He also commented on the plans of the International Energy Agency, Barbara Bombelli, the French Minister for the Environmental Transition.

“France and all European countries must get rid of their dependence on fossil fuels, especially Russian fossil fuels, as soon as possible,” she said.

“It is an absolute necessity, for the climate but also for our energy sovereignty. The plan proposed today by the International Energy Agency offers some interesting ideas, some of which align with our own ideas to reduce our dependence on oil.”

The IEA report comes after the publication of another 10-point plan Centered on reducing Europe’s dependence on Russian natural gas.