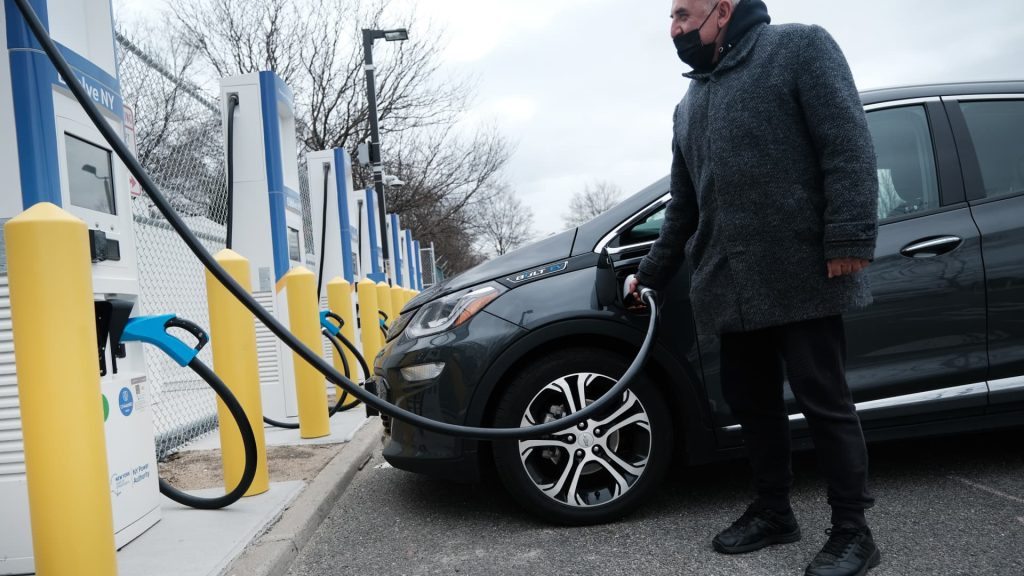 This has been true for years: It is generally much cheaper to recharge an electric car than it is to refuel a car with an internal combustion engine.

This has been a major selling point for Tesla and other electric car manufacturers, especially in times when gas prices have risen, as they are now. But this time there are a wrinkle: While gas prices have already risen in the wake of the Russian invasion of Ukraine, electricity prices have also gone up — particularly in some parts of the United States that were big markets for Tesla electric cars.

And this raises a question: Is it still true that “refueling” an electric vehicle is a lot cheaper? The graphs below help us find the answer.

The first graph, using national figures, provides a baseline. Others use data for Boston and San Francisco, two markets where electric vehicles are popular — and where electricity tends to be more expensive than the national average.

The answer in all three cases is that – even with the regional rise in electricity prices – filling your gas tank is still a bit more expensive than charging an electric car battery.

Electricity prices roughly keep pace with gas price increases in Boston and San Francisco. However, on average across the US, adding 100 miles of range in your internal combustion vehicle has become more expensive, compared to charging an equivalent value EV, over the past two months.

Is this likely to change? While oil prices will almost certainly fall in the coming months as producers increase, the price of electricity is unlikely to rise enough to make electric vehicles less costly over their lifecycles than internal combustion alternatives.

Using February data, Jeffreys analyst David Kelley recently calculated that the total cost of EV ownership is about $4,700 less than the cost of an internal combustion vehicle. He said the cost differential is likely to increase as more electric vehicles reach the market – and as battery prices continue to fall – over the next two years.

How did we crunch the numbers?

We had three questions in mind when we put these charts together:

For gasoline, the EPA reports that the average new vehicle sold in the United States in 2020 had a combined fuel economy of 25.7 miles per gallon. Driving 100 miles in that average car would use 3.9 gallons of gas. (Figures for 2021 have not yet been released.)

On the electric vehicle side, the Environmental Protection Agency’s (EPA) efficiency rating for electric vehicles — called “MPGe,” for miles per gallon equivalent — gives consumers an idea of ​​how far an electric vehicle can travel on 33.7 kWh of charge. Why 33.7 kWh? This is the amount of electricity that is chemically equivalent to the energy in a gallon of regular gasoline.

The average MPGe rating for 2022 model electric vehicles sold in the US is around 97, so driving 100 miles in that hypothetical average vehicle would use 34.7 kWh of electricity.

The charts above compare how the price of 3.9 gallons of gas has changed relative to the price of 34.7 kWh over time, using monthly data from the US Energy Information Administration (for gas prices) and the US Bureau of Labor Statistics (for electricity rates) from February 2019 through February 2022.