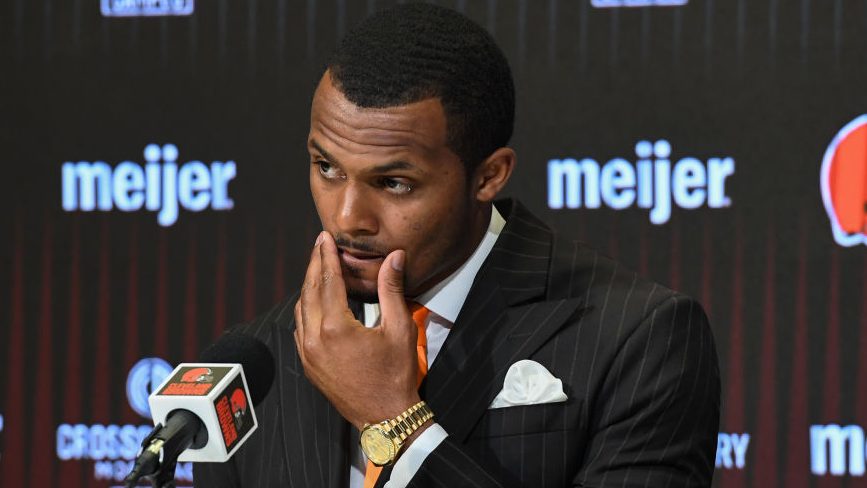 Whatever the NFL does when it comes to Deshaun WatsonIt is assumed that it needs to be completed before the first week.

Step one, the reported meeting with Watson that will happen this week. The second step, under New league procedure As of 2020, the NFL is proposing a penalty, if any.

Step three, the discipline officer will investigate, prosecute and potentially hold a hearing and issue a decision.

Fourth step, the Commissioner or his representative handles the appeal, and the decision is final and binding.

While the outcome is far from clear, it is quite clear that it will take time. Camps open in about two months. The regular season begins 17 weeks away.

Don’t be shocked if the league’s suggested comment word becomes the cornerstone of the Memorial Day weekend’s bad news dump. Maybe on Thursday instead of Friday to make it less clear. Then, the discipline officer will begin the process in June, possibly making a timely decision on the July 4th bad news dump. Then the appeal begins in July.

Brown deserves to know where the quarterback stands at the opening of the training camp. Some would say Brown was worth nothing, that they took all the risks and doubts when they traded with Watson and gave him a fully guaranteed five-year contract worth $230 million. While there may be some merit to this idea, it is still unfair to Brown or their opponents that this attitude remains when camp opens and the first week looms.

See also  New York Yankees' Nestor Curtis said Jim Kat apologized for the remark, and didn't feel there was 'no malicious intent' at all.

The league had months to find out. It’s time to do it. Inaction is no longer an option.