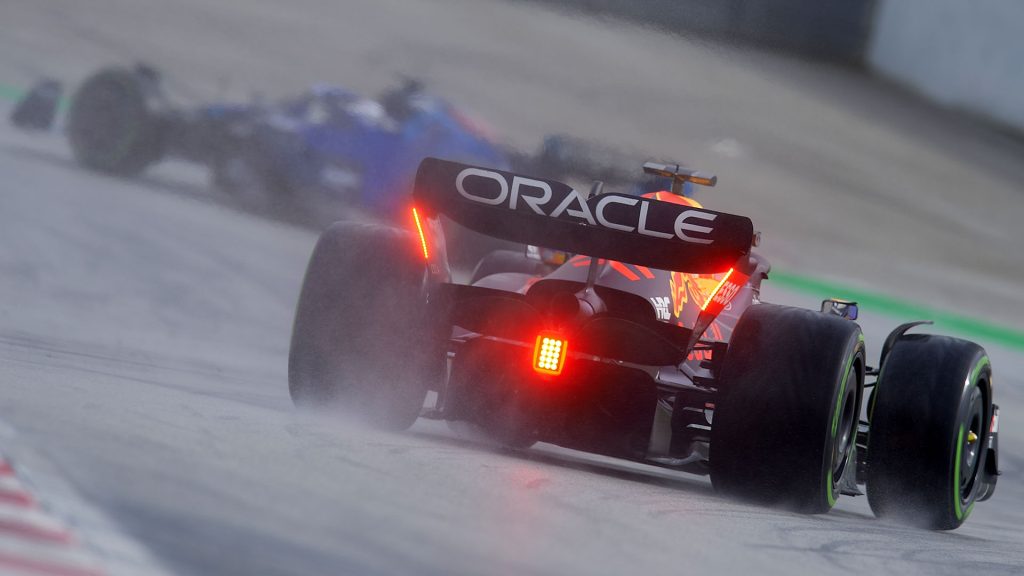 As the sun sets at the Barcelona-Catalunya circuit on Friday, Lewis Hamilton climbed to the top of the schedules to make Mercedes one-two on the third and final day of the pre-season. It’s wise not to read too much into this level of performance – but there’s still a lot to learn…

Mileage is not strong in the last day

Arguably the most impressive aspect of pre-season racing in Barcelona this year is the incredible reliability that most of the teams delivered straight out of the box with race cars that were all new and built on a formula that had never hit a circuit in rage.

But the miles plummeted on the final day, with only half of the teams completing 100 laps or more. The caveat is that they were all hampered by a cut day that showed not one or two stops, but five red flags and a noon of wet weather after the track was artificially heated to collect data for Pirelli.

And while it was tough for some, things were more rosy for others. Mercedes had its best day in terms of total laps, as they advanced in mileage with 155 laps, McLaren came in second with 132, and Ferrari – which topped the week with 430 – and finished with 130. At the other end of the spectrum, Haas had just nine to show in their day, while the Alps were marginally better by 12.

Jokes start to creep in for some

Albin, Aston Martin and Haas had pretty major mechanical issues, spending most of Friday in the garage, and even ending their days early.

Alpine, which had not used DRS all week (which would cost it about seven tenths of a second in terms of lap time), managed 266 laps over three days, but finished with less than 300 laps after a “low pressure problem” ended Fernando Alonso’s time In the car before lunch.

Aston Martin and Sebastian Vettel lost the last few hours of the day to the oil spill – and there was another spill in Haas, who got their fair share of gremlins this week. It was frustrating for Valtteri Bottas as well, with the Finn only having 10 laps to add to a slender 44 he managed over the first two days.

This is introductory season, so there is no need to ring alarm bells. This track time is designed to give teams a chance to let go of grudges, and with brand-new cars, it’s only natural that small issues are likely to arise. The key is to beat them fast – and luckily for all ten operations they have official pre-season testing left for further checks before we start the right race in Bahrain in the middle of next month.

Red Bull and Mercedes are starting to show their form

Red Bull did a great job hiding the RB18 until the last minute, breaking the hood for the first time when he started running in Barcelona. The design was very different from its competitors – and this turned out to be just an early iteration.

Sources say Red Bull will bring a significantly upgraded car to Bahrain, as has always been the plan, and after a reasonably productive opening test focused on reliability and system checks, they will turn their attention to chasing performance next week.

Mercedes, which looked marginally better than its main rival Red Bull in Barcelona, ​​has made improvements to the car over the course of the three days in Spain and is widely expected to bring a significantly upgraded car – again as planned – to Bahrain, in a strategy we I’ve seen them hire a few times in previous years.

The world champions were in such a comfortable position on Friday, that they managed to turn their attention to low fuel on soft tires and spend longer on high fuel for the racing simulation.

The more time drivers spend behind the wheel of this new generation of cars, the more they will enjoy it. Aside from early comments suggesting that being able to follow cars more closely would be easier – as intended by the new rules – it’s clear that drivers are staying away from their new gear, particularly through fast corners.

“Overall, they may have outperformed the initial expectations that Formula 1 had for these new regulations that we’ve seen,” said Russell. “We’ve seen each team individually a full second slower than planned. The high-speed performances are definitely on par with what we saw last year which is impressive.”

As it happened: Day 3 of the pre-season racetrack in Barcelona

Pierre Gasly of AlphaTauri added: “I have to say they are fun. Last year, I felt very lucky that we managed to test the fastest car in F1 history. It was a great drive and I think our starting point in terms of performance is not too far from last year. So given all the developments we’ll see early in the season, over the next couple of months, I think we’ll see pretty much a similar performance.

“The car seems to be doing really well at high speed and that’s where we get most excited. So I’m really looking forward to Silverstone, Suzuka, all these tracks. So, if we’re able to be closer to each other in the race, it could result from that.” Lots of adrenaline, which is what we’re always looking for so excited about it.”