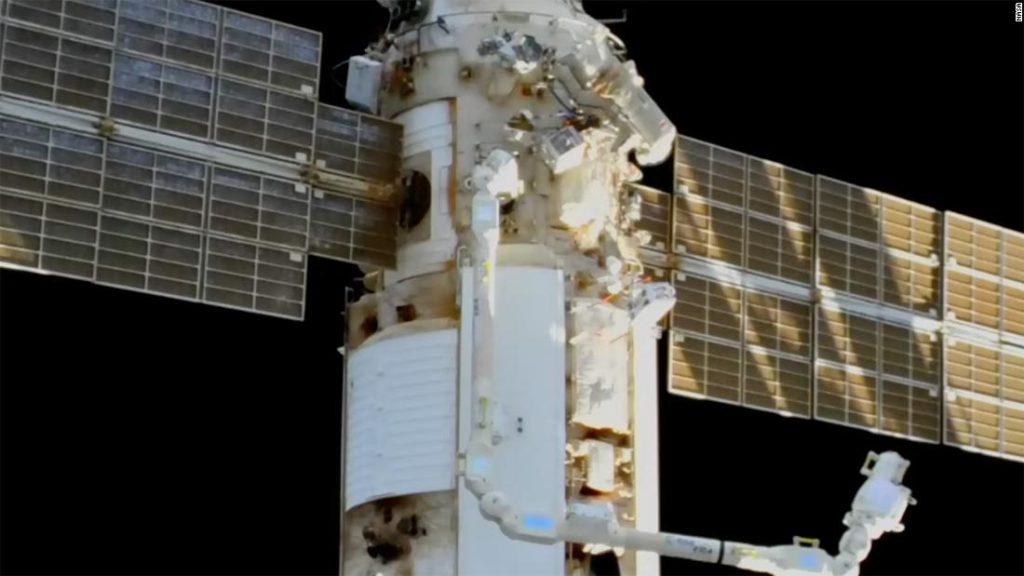 NASA officials said during a live broadcast that the cosmonaut, Oleg Artemyev, was not at all in danger. However, issues with the battery pack powering his spacesuit were worrying enough for flight controllers to urgently order him to return to the space station and attach his suit to the ISS card. Battery problems caused “voltage fluctuations” in Artemyev’s spacesuit, according to the commentary on the spacewalk Live broadcast.

Officials on the ground issued several warnings to Artemyev that he needed to return to the airlock.

“Leave everything and start back at once,” was one of the last transmissions from Earth before Artemyev confirmed he was headed for the airlock. After a few minutes, he was able to re-enter the space station and attach his power suit.

Cosmonaut Denis Matveev, who was working alongside Artemyev on the spacewalk, remained outside the space station’s airlock for over an hour until flight controllers decided to end the spacewalk early due to problems with Artemyev’s spacesuits.

A Russian interpreter in the live broadcast said Artemyev joked to flight controllers that he felt “better than when he started his spacewalk” after returning to the International Space Station.

The goal of Wednesday’s spacewalk was for the two cosmonauts, Artemyev and Matveyev, to install two cameras on the new device. European robotic armwhich is affixed to the outer surface of the space station on the Russian-controlled portion of the International Space Station.

Spacewalks are regular events on the International Space Station, where astronauts and cosmonauts — the Russian term for cosmonaut — routinely need to move out of the space station for maintenance, science experiments, and other tasks. More than 250 spacewalks have been conducted outside the orbiting laboratory since it entered service about two decades ago, usually without a hitch.

This was Artemyev’s seventh spacewalk and Matveyev’s third. The two men were wearing Russian-made Orlan spacesuits. There are also US-made spacesuits, or extra-vehicular mobility modules, aboard the International Space Station for spacewalks.

Both types of suits are designed to be completely self-contained, providing all the air that provides the only barrier between astronauts and the deadly void of space during a spacewalk. It is equipped with communications equipment, ventilation and enough air for astronauts to breathe for hours on end.