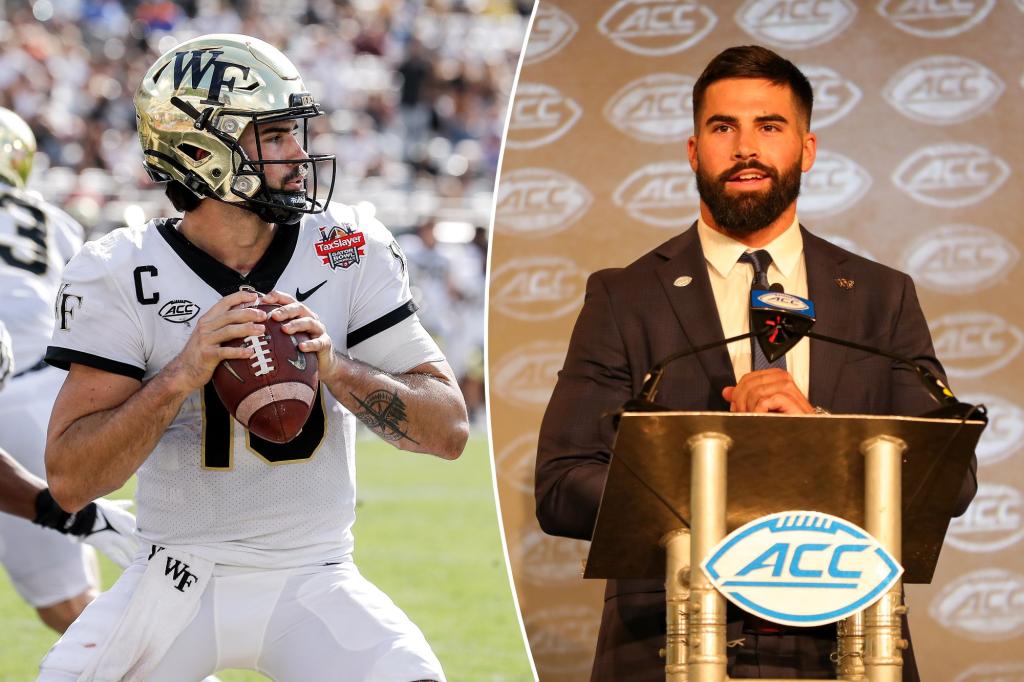 Wake Forest quarterback Sam Hartman will miss an “extended period of time” to receive treatment for what the school described on Wednesday as a medical condition unrelated to football.

The school said in a statement that Hartmann sought medical attention on Tuesday after the exercise. Head coach Dave Clawson said after training Wednesday that Hartmann underwent surgery on Tuesday night and will return at some point this season. He will miss team activities indefinitely. The school cited privacy laws in not revealing details of Hartmann’s case.

The Year 5 junior was one of the top passers-by in the Bowl Subdivision ranks last year and helped Demon Deacons reach the Atlantic Coast Conference game while setting a program record with 11 wins.

In a statement, Hartmann called Tuesday a “frustrating day.”

“I am looking forward to attacking this rehabilitation process and I appreciate the support I have received from my family, teammates and coaches,” he said.

Hartmann ranked 11th in the FBS yardage rankings (302.0 per game) and tied for fifth with 39 touchdowns last season on top of the nation’s No. 4 scoring attack (41.0). This helped Wake Forest break into the top 10 of the AP poll’s top 25 last season and win the AC’s Atlantic Division title.

Demon Deacons are among the top contenders for the ACC title this season behind favorite pre-season Clemson. They open in three weeks, and host VMI on September 1.

“We look forward to Sam getting back on the field as soon as possible, and in the meantime, Sam and his family have the full support of our coaching staff and our program in his recovery,” Clauson said in a statement.

See also  Ranking of every college football team after week two: Kentucky and Arkansas jump into the top ten