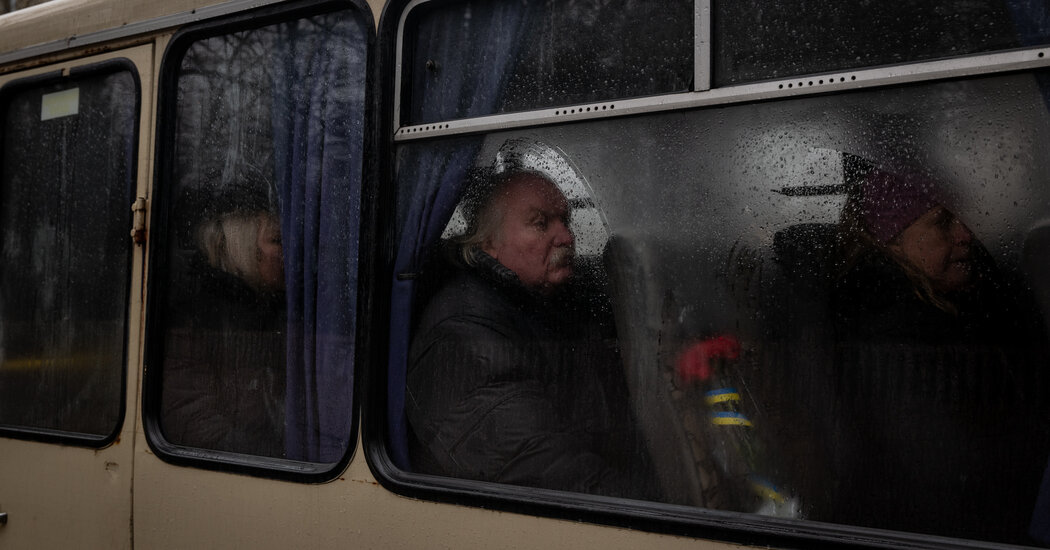 DAVOS, Switzerland — There’s not much to laugh about when it comes to Russia’s war on Ukraine. But former British Prime Minister Boris Johnson offered a rare moment of leniency amid solemn pledges of support for Ukraine from political leaders and corporate titans attending the World Economic Forum in Davos, Switzerland, this week.

On Thursday, Johnson was at breakfast for Ukraine, which has become one of the biggest draws at the rally. Hear Chrystia Vreeland, Canada’s deputy prime minister, use the hockey metaphor, which she attributed to Canadian star Wayne Gretzky, to describe why the West is doing more for Ukraine.

When Ms. Vreeland finished, Johnson leaned into his microphone and said, “Tell Putin to get the disc out of Ukraine.”

Laughter broke out in the room, a brief moment of light relief in a meeting gripped by sobering questions, such as Whether Germany will send Leopard 2 tanks, or whether investors like Goldman Sachs and BlackRock will pour billions of dollars into Ukraine’s reconstruction. (Their bosses say yesalthough BlackRock CEO Larry Fink added that investors are entitled to “a fair and just return”).

Ukraine has always been a lively presence at the World Economic Forum, thanks in large part to the efforts of Ukraine Victor Pinchukthe Ukrainian billionaire who has lured A-list politicians and businessmen to breakfasts there for many years.

Ukrainian President Volodymyr Zelensky attended the event via video link, and thanked steadfast supporters of Ukraine such as Mr Johnson, who as prime minister made Britain one of the first arms contributors to Ukrainian forces. With Germany still deciding whether to send tanks, Zelensky urged Europe not to slow down.

He said, “This is not a cinema where you wait for the movie to start.”

Mr. Johnson, who became friends with Mr. Zelensky during four visits to Ukraine during his time in office, picked up on the Ukrainian president’s idea. Johnson dismissed concerns – expressed by German Chancellor Olaf Scholz and sometimes by Mr Biden – that heavy weapons could escalate the conflict, risking a direct clash between Russia and NATO.

“Give them the tanks,” Johnson said. “There is absolutely nothing to lose.”