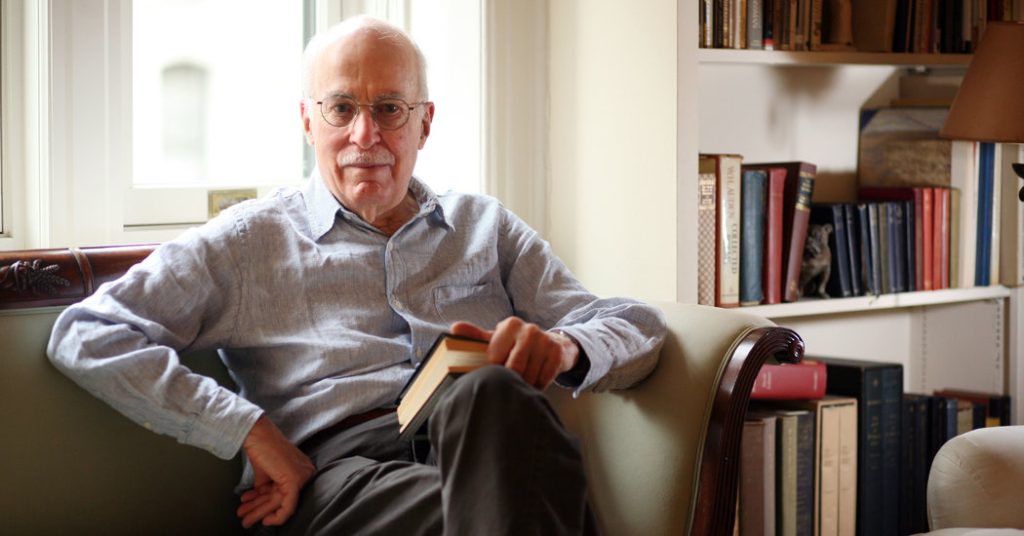 Like his mother, Mr. Angel became a literature editor for The New Yorker, where he discovered and nurtured writers, including Ann Petty, Bobby Ann Mason, and Garrison Keelor. For a while he occupied his mother’s old office – an experiment, He told an interviewerThis was “the strangest thing in the world.” He has also worked closely with writers such as Vladimir Nabokov, John Updike, Donald Barthelemy, Ruth Japvala, and VS Pritchett.

Mr. Angel was also known for his annual page-long holiday poem “Greetings, Friends!” The poem, a New Yorker tradition, began in 1932 and was originally written by Frank Sullivan. “Greetings, friends!” wrote Mr. Angel. From 1976 until 1998, when it was discontinued, and restarted in 2008. In recent years, Ian Frazier wrote the poem.

In his holiday poems, Mr. Angel blended bold-letter names, of high and low culture, that were nominated during that year. This is an excerpt from 1992:

Here where hearts multiply or spread,
Near Donna Tarte and Michelle Pfeiffer,
With BB King and Lucille,
Woody de Meyers and Brian Friel!

Some of his songs can be read mischievously. “Yo! Santa man, grab some sky,” he wrote in 1992, “and drop a sock Robert Bleigh. “

“I am not sure there has been a very strong writer and a very important editor, once, in a magazine since the days of H.L. Mencken who ran The American Mercury,” David Remnick, editor of The New Yorker, said in a magazine. Interview for this obituary in 2012. “Roger was a strong and intelligent editor with broad tastes.”

Mr. Angel became a baseball writer by chance. He was already a fan in 1962 when, He told one of the interviewees to the salonWilliam Shawn, the magazine’s editor, asked him, “To go down to spring training and see what you find.”

It’s been a happy year to be a Young Writer for Baseball: Season One for the New York Mets. “They were these wonderful losers that New York took to its core,” Mr. Angel said.