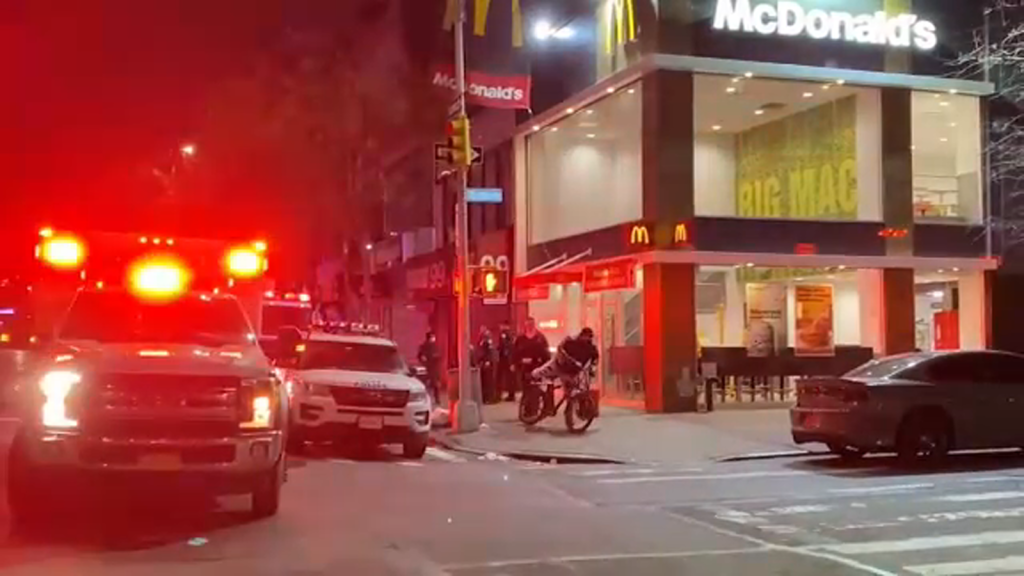 East Harlem, Manhattan (WABC) – A McDonald’s worker has been stabbed multiple times while defending other employees against an unruly customer in East Harlem.

The suspect began harassing and arguing with employees inside the restaurant on 3rd Avenue and East 117th Street at about 12:45 a.m. Wednesday.

It is believed that he had trouble ordering food from a stall and went to the counter to speak with a manager when they started arguing.

The 31-year-old victim, who works in the kitchen, came out with a broom handle or cane in her hand to defend the cane and was stabbed several times, including three times in the back, once in the arm and twice in the left. Temple with square cutter.

He was taken to hospital in critical condition but said to be in stable condition.

This is the second time this year that a fast-food worker has been assaulted. In January, Burger King employee Crystal Byron Nevis was shot dead Just around the corner.

“It’s a real risk here in terms of staying open late at night and that’s a huge problem and those companies are going to have to balance that with their employees,” said Robert Boyce, a former NYPD chief of detectives. “Five people were working there when that happened.”

“We are shocked and appalled by this senseless and gratuitous attack on one of our employees. The safety of our employees and customers is our top priority. We will continue to cooperate with the NYPD and support our colleague and friend as they recover.”

Locals said more efforts should be done to protect employees.

“They need to provide more protection to all these workers because they are risking their lives,” Elizabeth Rodriguez said. “Make money, make you rich, so the least you can do is make them safe.”

Tania Hernandez works in a food truck on 116th Street. She says closing earlier will make her feel safer.

Overall, crime is up 61% in the neighborhood so far this year, driven by an increase in assaults and grand thefts.

Thefts increased by 87% and burglaries by 150%. But many residents say they rely on overnight takeaways and fast food, especially those who work outside work hours or at multiple jobs.

“I hope they don’t close earlier because some of these restaurants, for example, are places everyone goes to,” said owner Martin, a resident of East Harlem. “If we had a police presence here, I think crime would go down a lot more and more.”

But early closures are already in the works at the 116th Street subway station.

“Working at night really makes me nervous. If we close a little earlier, there are more people on the street, so we feel safer,” said Subway writer Renzi Dorje.