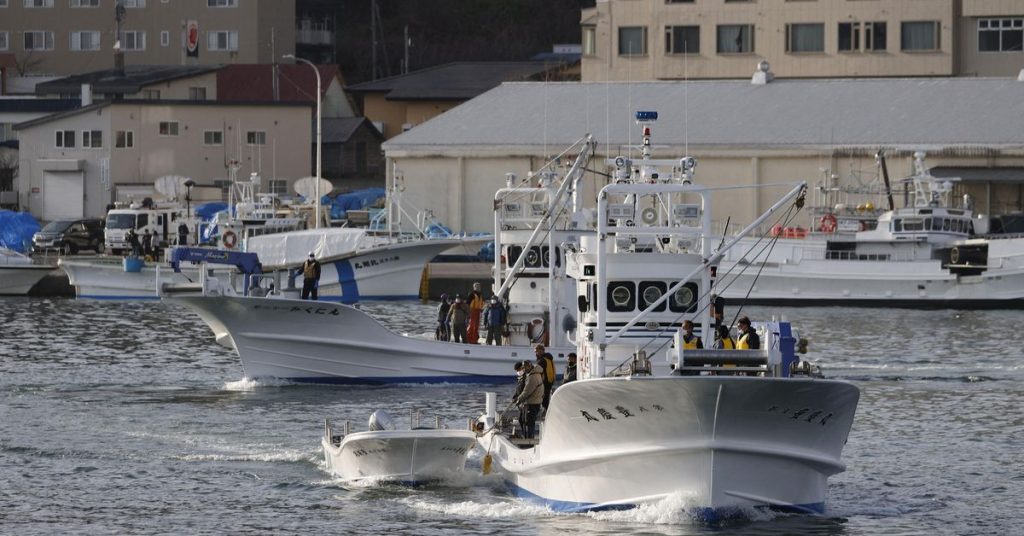 TOKYO (Reuters) – Nine people on a Japanese tourist boat were found missing off the country’s northern coast by midday Sunday, the Japan Coast Guard said, but it was not clear if they were alive.

The nine, who lost the boat on Saturday with 26 people on board during a cruise off the main northern island of Hokkaido, lost consciousness and it was not immediately clear if they had vital signs, a coast guard official told Reuters.

Japanese broadcaster NHK reported that they were taken to hospital.

Floating ice can be seen in the area’s waters as late as March, and water temperatures will now be between 2 and 3 degrees Celsius (36-37 Fahrenheit), an official with a local fishing cooperative said.

Authorities were using aircraft and patrol boats, including seven ships, three aircraft and four helicopters from the Coast Guard, to search for Kazuo 1 passengers and crew after it encountered problems off the Shiretoko Peninsula, famous for its wildlife and drama. the coast. Read more

The Coast Guard heard from the crew on Saturday afternoon that the ship was flooding. Kyodo News reported that she last heard about two hours later, when she called her operating company to say she was skewed at a 30-degree angle.

The coast guard said it was not clear what happened to the boat. No one was available to comment at the company.

Media reported that the crew said that those on board were wearing life jackets. On board were 24 passengers, two of whom were children, and two crew members.