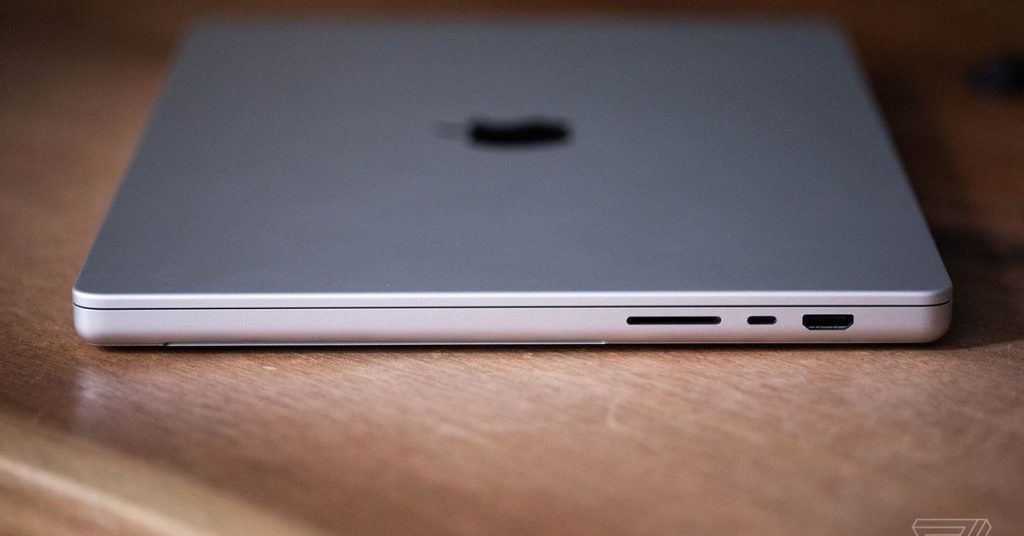 The tools are getting too weak, again.

The past few weeks have seen some of the latest casualties in the seemingly endless quest toward making our devices as thin as possible, regardless of the consequences. Samsung Galaxy S22 and S22 Plus – What will undoubtedly be some of the most popular Android phones of the year – are thinner than last year’s models and have been held back by disappointing battery life. The new Dell XPS 15 “Exceptionally thin and light” but barely lasts four hours on a charge and heats up almost like the sun. And the OnePlus 10 Pro It is a flagship smartphone that can somehow be cut in half with your bare hands.

It seems that despite more than a decade’s hunt for thinner and lighter phones and computers at the expense of battery life, cooling and durability, companies haven’t learned their lessons yet.

The science here is not complicated. All other things being equal, putting a bigger battery – in general – in your phone or laptop means you’ll be able to get more battery life out of it. A larger laptop has more room to keep cool. And if your device is thicker, it is more difficult to split it in half.

Obviously, this can vary a lot depending on hardware, software, firmware details, and a myriad of other factors (one of the reasons Apple’s iPhones have smaller batteries than their flagship Android counterparts but still be competitive on battery life) . But in general, if you take an identical device running identical software for two different batteries, the one with a larger battery pack wins.

However, manufacturers are still chasing the Dragon to make the thinnest and lightest device. Dynabook just announced the Portégé X40L-Kwhich aims to be one of the lightest 14-inch laptops ever — but that weight has to come from somewhere.

But it doesn’t have to be this way. Yes, lighter and thinner devices are fine, but as with everything in life there is a balance. Take one of the biggest devotees at the altar of thinness: the apple.

It doesn’t have to be this way

Apple has spent years trying to shrink the size of its laptops by any means necessary: Switch the sleepy (and absurdly fragile) butterfly switches. Or increase the ports in favor of an entire USB-C setup. All this at the same time it was trying to put together more powerful (and power-off) parts and bigger and better screens in its computers. And in the end, the company’s laptops were in worse shape.

But the company finally caught on, I first removed the butterfly keys to return to the larger scissor keys and then moved on even bigger and heavier With a redesign in 2021. The latest 16-inch MacBook Pro About 9 percent heavier than the old model and thicker to boot, despite the fact that Apple’s new Arm-based chips take up less space than older Intel CPUs and discrete GPUs. Apple could have gotten thinner, but they chose not to. Instead, I made a laptop that’s a bit thicker but also one of the best laptops we’ve ever used, with battery life and cooling that no other computer on the market can touch.

Or take last year’s iPhone 13 lineup. The 2021 models were thicker and heavier Across the board compared to the iPhone 12 lineup as of 2020, that’s largely because Apple admits that customers want phones that can last a full day on a charge and put in larger batteries. it worked And the iPhone 13 was a much better device for him, despite being just a few millimeter larger and a few grams bigger. Samsung’s Galaxy S22, on the other hand, made a completely different choice, making its latest phones progressively thinner but with worse battery life.

But technology’s race to the bottom is a losing game in the end. Even if you could make a laptop the size of a few sheets of paper, the battery life would burn out faster than a matchstick too (almost overheating). And if you somehow manage to solve the first two problems, the trade-offs in the fragility of such a product will kill it immediately anyway.

It’s time for the consumer cult of thinness to end, so that the phones and computers of the future can move – literally – to bigger and better things.