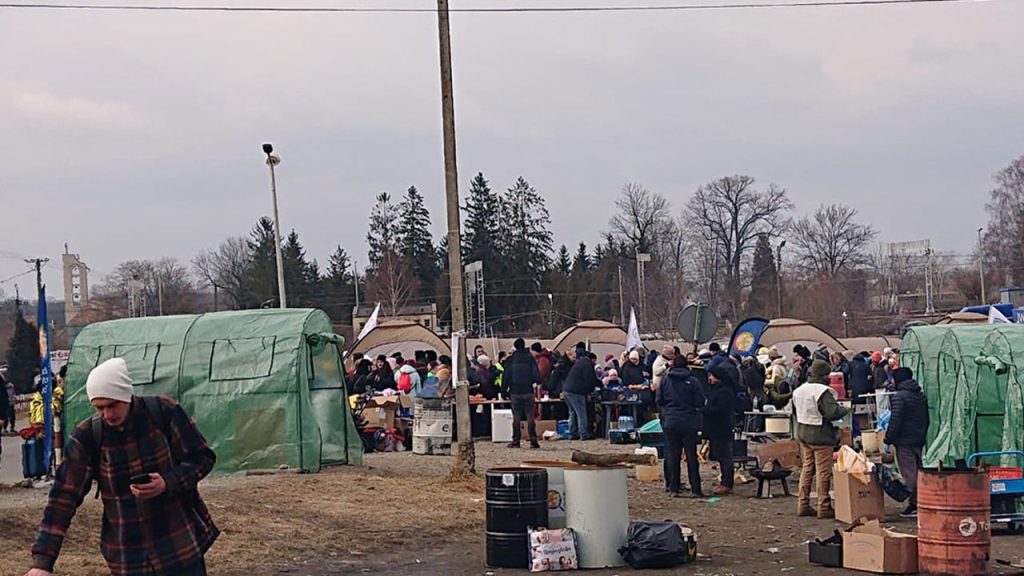 Two Minnesota natives. Alyssa Jordan and Andizo Orionzi, were part of the group that left MPS on Saturday. They will join the Alight team of 10 already on the ground distributing essential items including blankets and toe warmers to Ukrainian refugees.

More than 2.5 million Ukrainians have fled the country since the Russian Federation invaded. 24, according to Latest numbers from UNHCR, with 1.6 million of them crossing into Poland. The mayors of Warsaw and Krakow have warned They are struggling to accommodate the influx of people, which has shown no signs of slowing as Russia targets civilian areas and infrastructure. condenses.

Over the past few days, Alight employees have distributed thousands of blankets to refugees waiting in line near a border crossing, and have also set up a heating tent, a company spokesperson said. The team includes staff who were part of the agency’s response to the recent large-scale conflict in Europe, the Yugoslav wars of the 1990s and 1980s, as well as former refugees.

“I can imagine what Ukrainian families are going through right now,” Igor Radunjic, Alight’s emergency response team leader, said in a press release. “My family experienced the horrors of war in the Balkans in the 1990s, and I had to flee myself. Our team will meet families wherever they are and amplify what they tell us so that people around the world can help Ukrainian families in the most helpful ways possible.”

See also  'Complete chaos': More than 100,000 Russians are flocking to neighboring countries to escape the call-up to the army

Alight, formerly the American Refugee Committee, was founded in 1989. It is headquartered in Northeast Minneapolis.