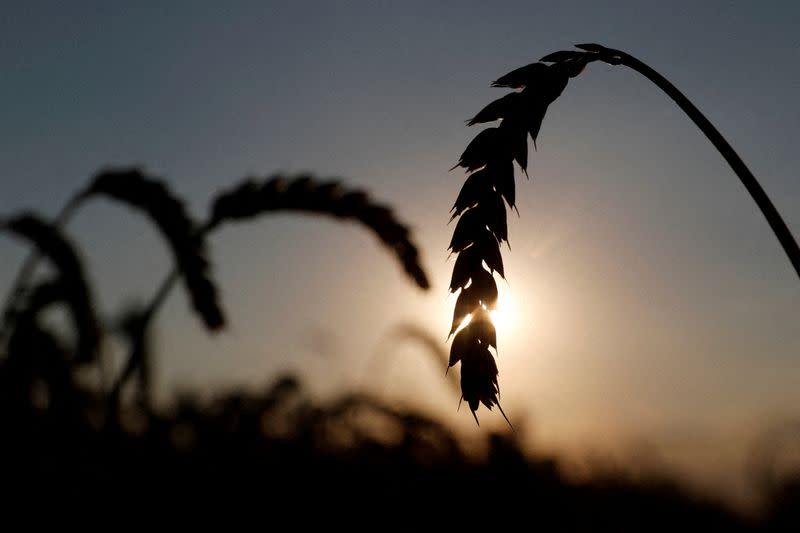 The company said Maxar’s photographs showed two Russian-flagged bulk cargo ships docked in the Russian-controlled port of Sevastopol in Crimea in May, laden with grain.

Days later, Maxar’s satellites collected images of the same ships anchored in Syria, with hatch hatches open and semi-trucks ready to haul grain away. Syria and Russia are loyal allies.

Another photo from June also showed a different ship laden with grain in Sevastopol, the company said.

Ukraine accuses Russia of stealing grain from lands occupied by Russian forces since they began their invasion in late February. The war threatens to cause severe food shortages with Russia and Ukraine accounting for about 29% of global wheat exports.

Ukraine is one of the world’s largest grain exporters, and Western countries accuse Russia of creating the threat of global starvation by closing Ukraine’s ports on the Black Sea.

On June 8, the deputy head of the Union of Ukrainian Agricultural Producers UAC said that Russia had stolen about 600 thousand tons of grain from the occupied territories and exported some of it.

Russia has described its action in Ukraine as a “special military operation”, claiming its goal is to disarm its neighbor and “discredit it”. The West and Ukraine say this is an excuse for unjustified aggression.

(Reporting by Kanishka Singh in Washington; Editing by Grant McCall)

See also  Sources: Delhi woman was with boyfriend at time of accident, eloped