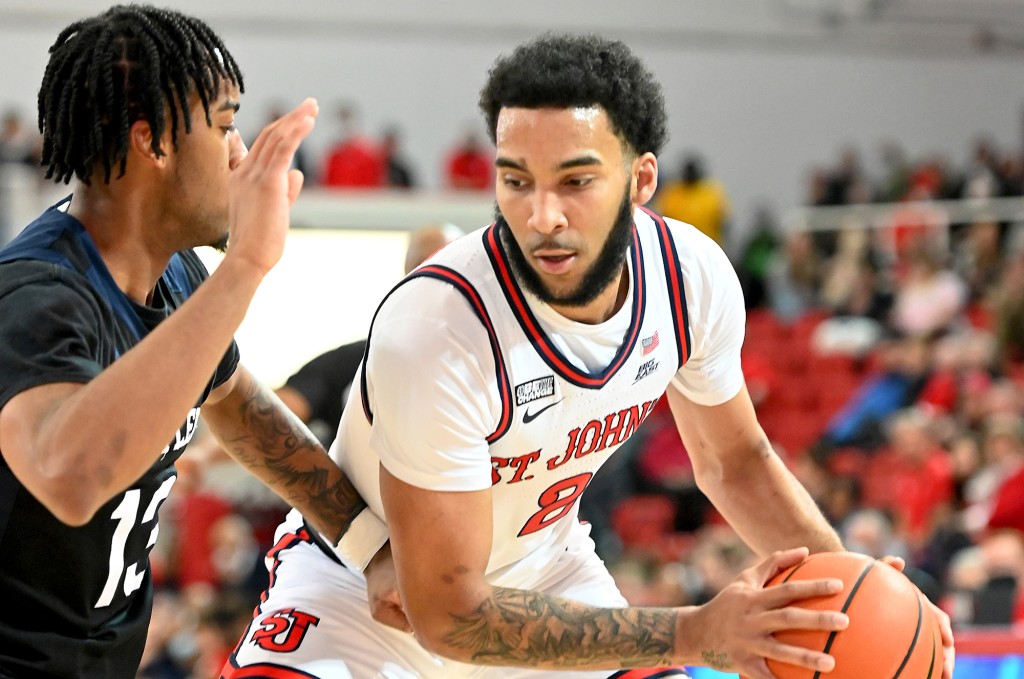 St. John’s win at Xavier’s Court on Wednesday may not have been an anomaly, especially after what the Red Storm did on Friday night.

Playing with the same purpose, focus, and intensity as in Xavier’s surprise, St. John’s Butler during the last 30 minutes on Friday and raced to 91-57 at the Carnesecca Arena to move in one game of .500 in the Big East play. This is Red Storm’s biggest win in the conference since their victory over Providence, also by 34 points, on February 15, 1999.

The one-sided win completed a Red Storm sweep of Butler’s first season since 2013-14, the Bulldogs’ first year in the Big East. John’s has now won four of his six games, with the only loss coming against 10th-seeded Villanova and 24th Connecticut in matches that Bush-Alexander missed due to a right ankle sprain.

“It’s building momentum,” said young striker Julien Champagne. “This is the biggest thing we take from him. … Just keep pushing, that is our motto now.”

Alexander, the heart and soul of Red Storm, was a factor against Xavier’s exit from the bench. Starting on Friday, he was at his best, dominating the game from both ends of the ground and ending the match with 13 points, 10 assists, two blocks and two shots. Alexander returned to the game midway through the first half, and St. John trailed by three goals. He immediately scored indoors, starting with a solid 12-3 giving Red Storm the lead forever. His 3-pointers in the first-half bell extended the lead to 16, St. John’s biggest first-half advantage in league play this season.

He’s the boss of this train, said Champagne. “His recovery has been fantastic, to say the least.”

Alexander wasn’t the only St John’s star to get into his game. Champagnie had his second strong outing in a row, earning 31 points, along with seven rebounds and seven steals without a spin, while his twin brother, Justin, a rookie with the Raptors, watched on the field. The brothers, who played together at Bishop Loughlin High School in Brooklyn, had not seen each other for months. Justin, at home during the All-Star break, was motivating Julian throughout the match, celebrating every basket made after asking his brother for a 30-point lead.

“It was a good feeling,” said Champagne. “To see him on the sidelines, he gave me a little extra kick.”

All 10 normal players score in an absolute defeat. The Red Storm (15-11, 7-8 Big East) outplayed the Bulldog, 35-21, outplayed them in the paint by 12 and fired 50 percent from a 3-point range. The match was so lopsided that coach Mike Anderson put in walking moves in the last minute. One of them, Artemios Gavalas, recorded what cheers up St. John’s bench.

The win was an important step for St. John’s exit from victory over Xavier, but the Red Storm still had a lot of work to do even to get into the NCAA Championship mix. Blast wins like this will help the scales. More importantly, it can give them the belief that a big round is possible to close out the regular season, especially with a manageable schedule that continues with Creighton on Wednesday in Queens.

“They come together in time,” Anderson said.

New goalkeeper Rafael Pinzon did not play, but was available after he got medical clearance, according to St. John’s. Pinzon has been sidelined since he tested positive for COVID-19 in December. He has not yet returned to practice.