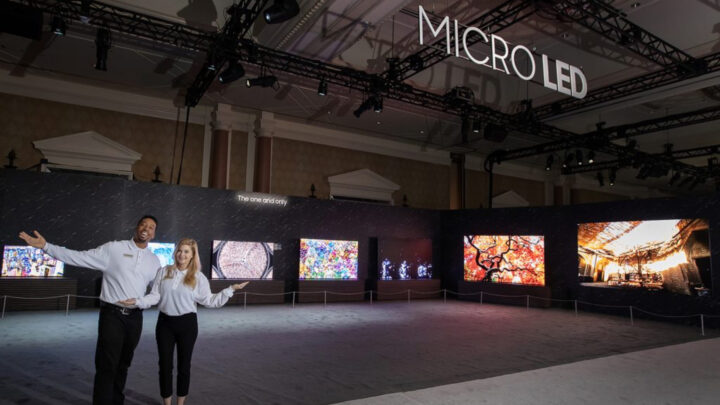 Samsung Display has pushed its limits Micro LED TV technology again. And in CES 2023The consumer electronics giant has unveiled a new line of 4K Micro LED TVs, which now includes a large 140-inch model. While the company hasn’t revealed many details about the new range, we’ve had the chance to see these new Micro LED TVs firsthand, and we’re sharing a bit of our experience in a new hands-on video, which you can watch below.

The range will be divided into CX and non-CS models

Samsung hasn’t told us much about its plans for the 2023 Micro LED TV lineup, but the company will split the series into two categories: CX and non-CX models.

The CX variants will be more premium and feature their panels with a high refresh rate of 240Hz. The specs for the non-CX models aren’t very clear, but they are expected to have 120Hz refresh rates.

In addition, the CX models will have multi-display functionality and will display content from up to 4 HDMI inputs at the same time. This feature will work best with the large 140-inch model.

Regardless of whether it’s CX or not, all 2023 Samsung Micro LED TVs will have 4K UHD resolution and 6 HDMI inputs, though it’s unclear how many of these will be based on the HDMI 2.1 configuration.

In spite of Samsung Showcasing seven different types of Micro LED TVs at CES 2023, it’s not entirely clear whether or not the company will release 50- and 63-inch formats. However, the 76-inch and above variants are expected to hit the market in the second quarter of 2023.

Feel free to check out our hands-on video below to get a closer look at Samsung’s new Micro LED TV line, and stay tuned for more from CES.