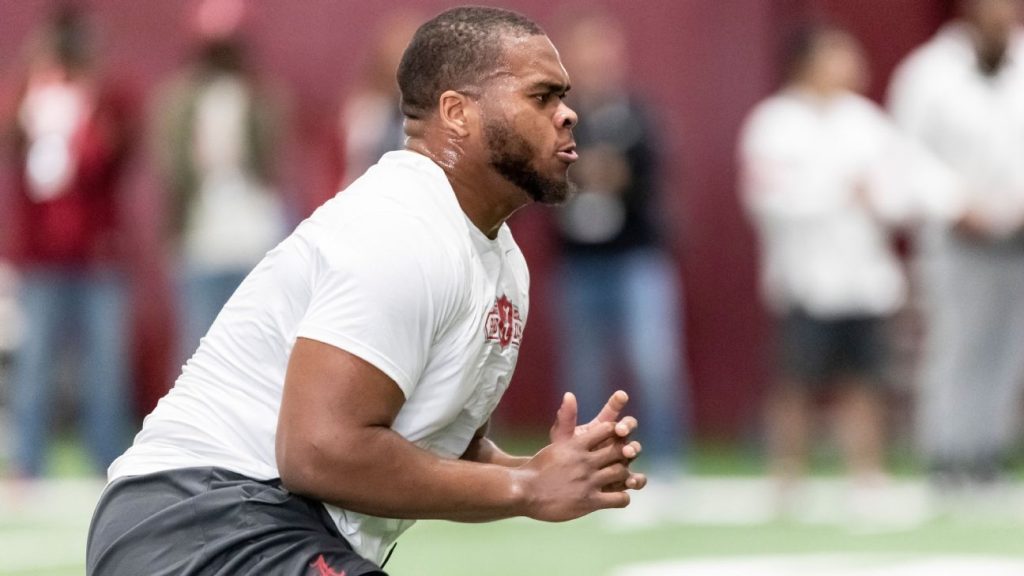 Tuscaloosa, Ala – Alabama Crimson Tide offensive line Evan Nealan expected pick among the top five in the upcoming NFL Draft, said he’s ready to play any position as a professional.

Neal started his football career in Alabama but later moved to left tackle.

“You can almost connect me to anywhere other than the center and I’ll be able to come in and make an impact,” he said.

All 32 of the NFL teams were on hand for Alabama Pro Day Wednesday, including Patriots coach Bill Belichick. Cowboys coach Mike McCarthy made the trip to Tuscaloosa as well.

Neal said he made scheduled visits with three teams: Jaguars, Giants and Jets.

The Jaguar takes first place, while the Jets and the Giants occupy the fourth and fifth places, respectively.

Neal didn’t run a 40-yard dash or do anything other than practice for the position Wednesday.

“He loves football,” Saban said of Neil. “He pays attention to detail; he prepares well; and, you know, his size and athletic ability put him in a position where I think he has a very bright future.

“He has done a great job for us whether playing guard or intervention, and I’m sure the versatility will help him as a professional player as well.”