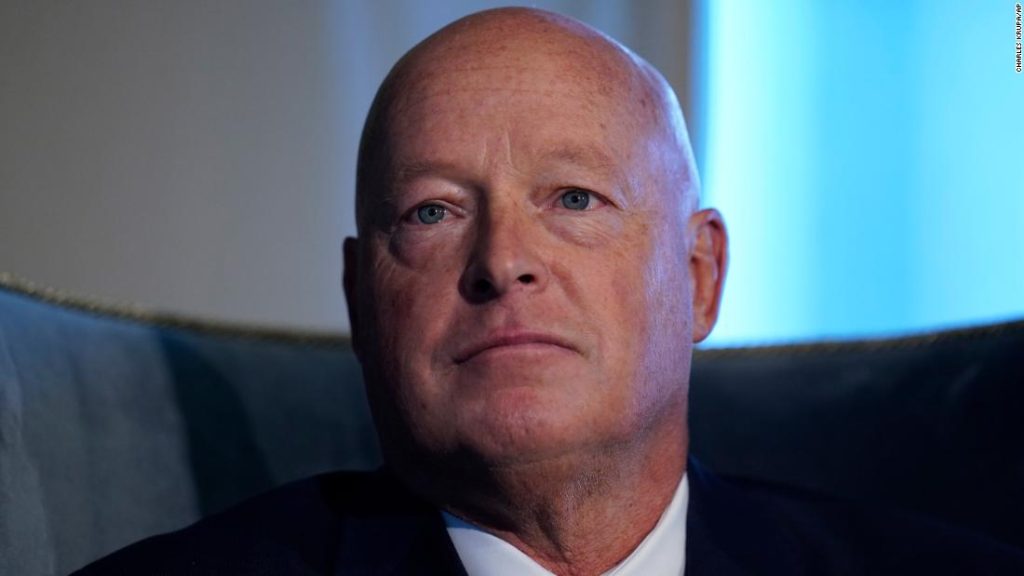 Disney vs. Florida Governor Ron DeSantis is not over yet. And Disney is the largest private sector employer in the state, so this is a battle between the giants — one that DeSantis clearly welcomes as he plans to run for president.

Subject matter: Florida’s bill on parental rights to education, called the Don’t Say Like Me bill, which would ban classroom teaching about sexual orientation and gender identity before fourth grade. Disney CEO Bob Chapek initially circled the bill, was ridiculed by employees, and then publicly criticized the bill after it was passed by the state legislature. Chapek apologized to the LGBTQ staff, but his words did little to bring the temperature down. Some employees organized short strikes last week, before a “full day out” scheduled to happen Tuesday.
How many will participate? nobody knows. “It’s unclear if it will attract a large crowd” among studio staff, CNBC’s Julia Borstein Wrote“Because only a small percentage of the employees come to work in a lot.”
But previous strikes have garnered a lot of attention, and “protest action will reach its climax” on Tuesday, said Mike Schneider of the Associated Press. put it. Three new stories have insight into the issue…

The decision to tangle backfired

“Shabek made a decision at the beginning of the year: Disney was out of politics. The strategy was partly aimed at helping the entertainment giant avoid the cultural clashes between CEOs and employees that have plagued many companies in recent years, people familiar with his thinking said. It backfired.”

See also  Robert Eggers in The Northman: Directing is a "crazy" job

Chapek’s mishandling of the Florida battle “offended both progressives, who wanted the company to do and say more to fight the bill, and conservatives, who wanted Disney to stay out of the controversy and now claim it bows to the liberal agitators within its ranks.”

>> Chapek’s contract is under renewal in February, so “several current and former Disney CEOs have described the next 11 months as a critical period for the CEO,” the WSJ Team added…

The view from Florida

CNN’s expert on all things Florida politics, Steve Conturno, came out with An excellent new story about how Disney feuded He cemented DeSantis’ standing within the Republican Party. It also “revealed a widening chasm between the current group of Republican leaders and the companies that have long enjoyed the support of the Republican Party,” Conturno books…

>>Christopher Miles, a Republican Party adviser in Miami, told the Conturno Company that watching the Florida governor go after Disney “wasn’t the world I expected to live in two years ago.” But DeSantis, like Donald Trump, gained popularity by defying conventional wisdom…

Tangle and Iger at odds

In the media insiders, the first reading over the weekend was Alex Sherman’s reading a story to CNBC about the feud between Entanglement and his predecessor Bob Iger. It’s a rift now that “looms over Disney’s future.”

Sherman reported that in the aftermath of the Florida disaster, several Disney employees called Iger “to express their disappointment in Entanglement.” But “while public controversies dominate the headlines, it is likely that the internal changes that Chubbak has made, and how successful they are, will determine his future as CEO of Disney.”

One of the major changes is the promotion of Karim Daniel, who oversees profits and losses for Disney’s media and entertainment business. Sherman wrote that Daniel has “one of the most powerful jobs ever created in media”. Daniel has not given any interviews since his promo in October 2020. Read all about the inside plot here…

Moments of silence on ESPN

On Friday, we noticed that ESPN anchors Carolyn Beck and Courtney Lyle showed their solidarity with their fellow staff members by observing a two-minute silence at the start of the NCAA Women’s Championship. During coverage of Sunday’s championship, they did so again, remaining silent “for about two minutes as the South Carolina Jamaica and Miami Hurricanes warned,” according to Analis Bailey. From USA Today.
“Announcers Stephanie White and Pam Ward also observed a minute’s silence during Saturday’s game in Connecticut,” Bailey added. and Elle Duncan mentioned Strikes are in the air on Friday…