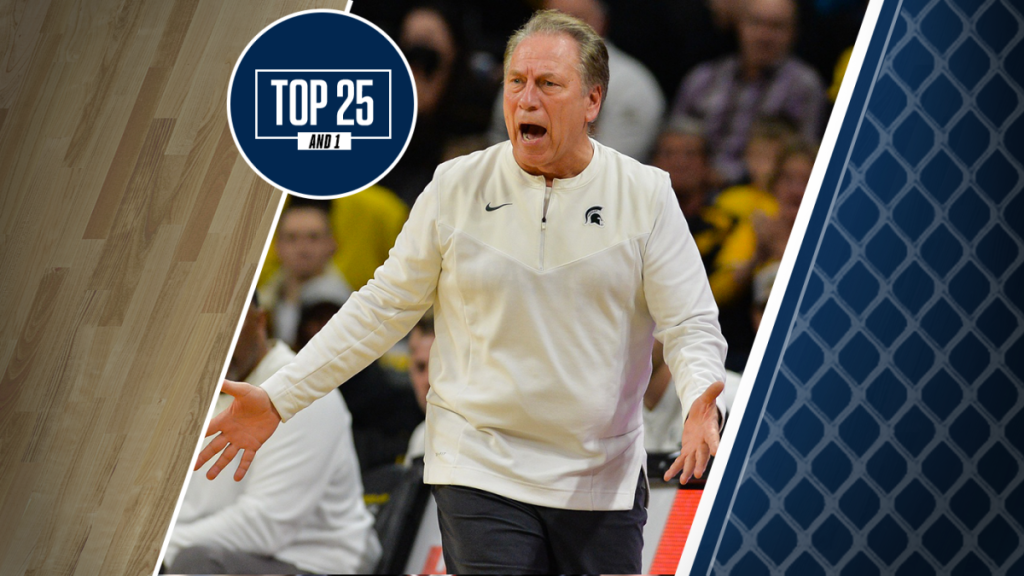 Tom Izu has coached 23 consecutive NCAA Championships and is likely to extend that streak to 24 in a row next month. This is good news for Michigan State fans. But the bad news is that the Spartans are really struggling with that particular Sunday approaching.

“We just didn’t guard tonight,” Izu told reporters after the Iowa Spartans allowed a 43.1% shot from the field with Hockey’s star Keegan Murray on 28 points from 15 shots.

“Kegan is a special talent, and he does it in a special way,” Izu added. “They have a star. It’s a star.”

Michigan State is now a bleak 1-5 in its past six games and is heading in the wrong direction. The Spartans went from 17-4 overall and 8-2 in the Big Ten to 18-9 overall and 9-7 in the Big Ten in an 18-day span. They were replaced in the CBS Sports Top 25 and daily updated basketball rankings on Wednesday by Team Iowa who had just beaten them by 26 points while winning for the fifth time in six games.

The problem for Michigan now is that things are not going to get any easier. Next up is a home game with Bordeaux. Then come the road games in Michigan and Ohio, followed by the regular season finale with Maryland. The Spartans should be underdogs in three of those four competitions, according to KenPom.com, so a .500 finish in the Big Ten is no longer a foregone conclusion. And if the Spartans don’t turn things around quickly, they could become a part of bubble conversation for the second season in a row.

Itching for more total hoops analysis? Listen below and Subscribe to the Eye on College Basketball podcast Where we take you beyond hardwood with inside information and instant feedback.