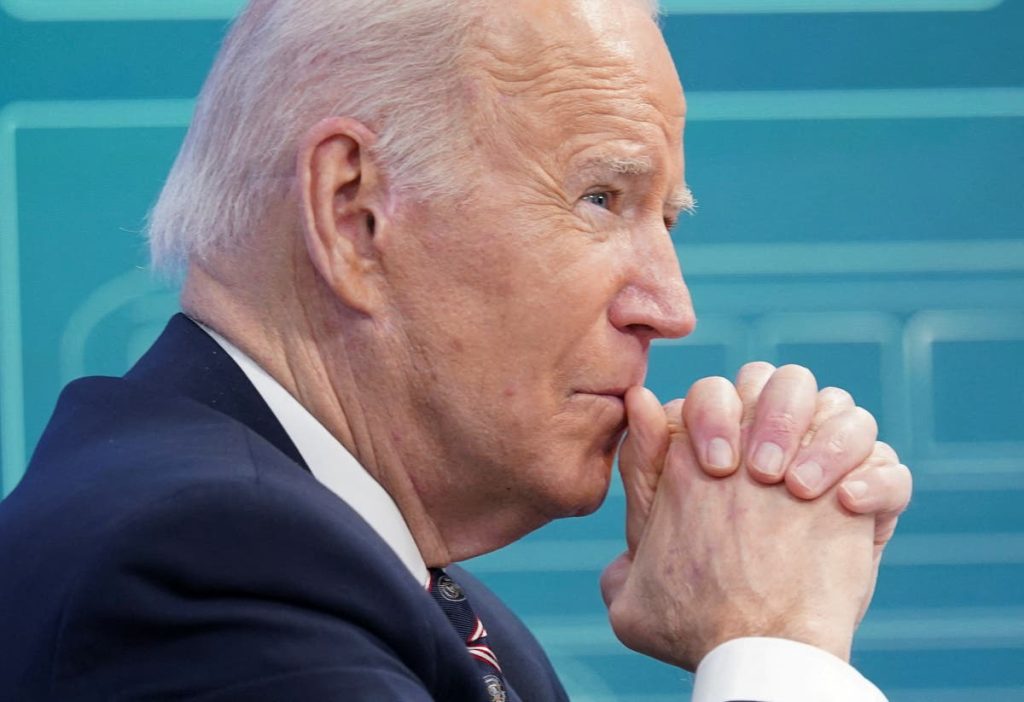 President Joe Biden gave his first address to the United States since Russia’s invasion of Ukraine, announcing a series of “major” sanctions that he said would have a “long-term” impact on Moscow.

Biden called Russian President Vladimir Putin an “aggressor” who “chosen this war” as he said the United States was restricting large Russian banks and targeting families close to the Kremlin.

Russia launched a large-scale invasion of Ukraine in the early hours of Thursday morning with a series of missile attacks on cities including the capital, Kiev.

Since then, dozens of Ukrainians have been killed, civilians have fled their homes, global markets have plunged and Russian forces have captured the site of the Chernobyl nuclear plant.

The response of the United States in union with several other countries including the United Kingdom came after the G7 leaders met Thursday morning and pledged to impose “severe sanctions” on Russia.