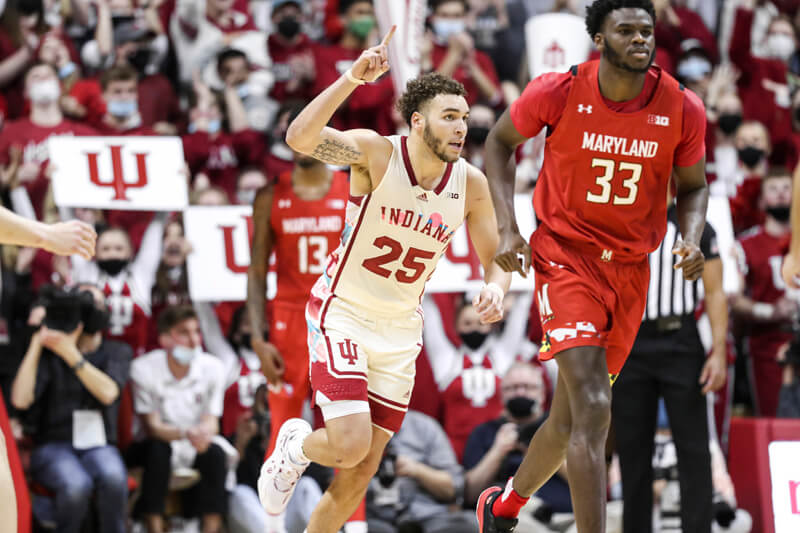 Quick thoughts on the 74-64 win over Maryland:

how did that happen: A bug problem plagued Indiana in the first half of Thursday’s game against Maryland. Hoosiers had Xavier Johnson for only seven minutes and Trayce Jackson-Davis for 10 due to each player making two fouls. Despite not having two of its top three players, Indiana led 28-18 at the 4:49 mark on Anthony Lil’s 3 pointer from the left corner. But the Hoosiers stopped offensively, Maryland went 9-0 in one game at 28-27. Miller Cobb’s late shot pushed the lead to three by break.

Terps tied the game at 30 on a Sage Hart 3-pointer early in the second half, but Indiana responded with an 8-0 score. That forced a timeout in Maryland with 16:33 to play. By a deadline of less than 16 modes, Indiana led 42-32. Maryland cut the difference to five at 42-37 on the FATS Russell 3 Index and Julian Reese Dunk. But Indiana responded with five in a row to push the difference to 10 at 47-37 with 13:07 to play. At one point, Indiana and Maryland combined to shoot 17 straight shots. Maryland closed in within three at 53-50 with 9:53 to play on the Reese’s replay. Xavier Johnson answered with a 3 to make it 56-50 and then got a steal and an assist for Miller Cobb to make it 58-50 with 8:27 to go.

Outstanding performanceXavier Johnson scored a season-high 24 points with a 7-of-7 shot from the field and a 7-of-8 free-throw line to match six assists. Reese Thompson also had a great night and finished with 19 points and nine rebounds in 38 minutes.

The statistic that stands out: Indiana scored more than one point per possession for the first time since a 74-57 win over Pennsylvania State on Jan. 26. The Hoosiers scored 1.13 points per flight and fired 59.6 percent from the field. 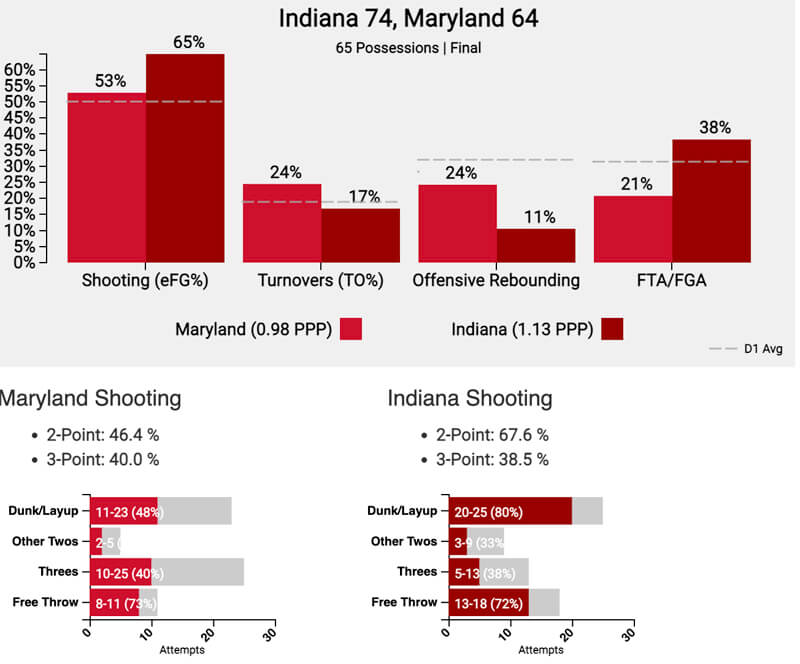