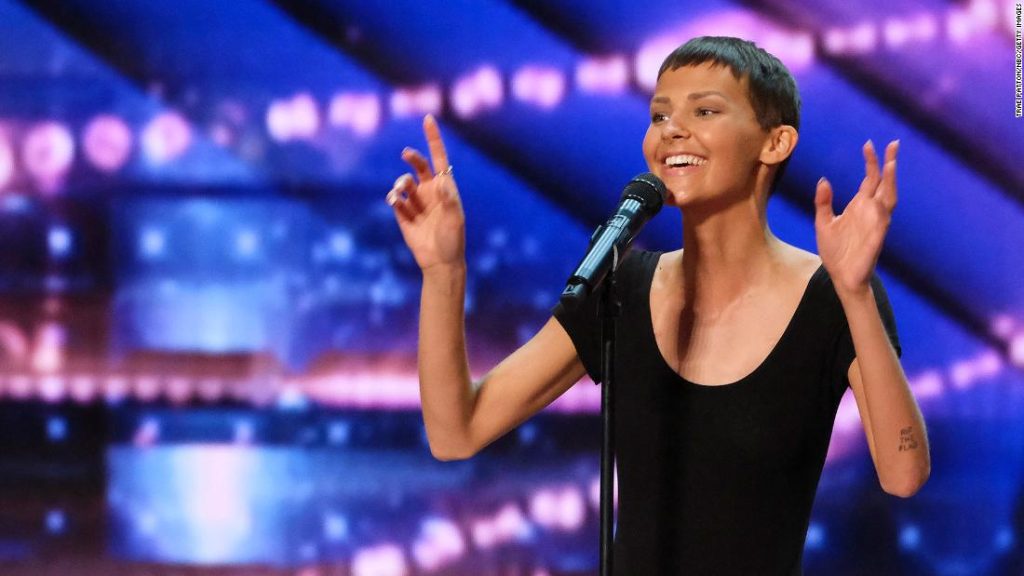 “We, her family, are devastated by her unimaginable death and loss,” the Marshovsky family said in a statement carried by NBC.

Her family said Marczewski battled cancer for four years and passed away on February 19.

The singer caught the attention of many after she gave an amazing audition last year on “America’s Got Talent”, performing an original song called “It’s OK”. During her performance, she revealed to the judges that she was battling cancer that had spread to her lungs, spine and liver. She impressed Judge Simon Cowell with her positivity and determination.

“You can’t wait for life to get tough anymore before you decide to be happy,” she told the judges.

Cowell awarded Marczewski a coveted “golden whistle”, which propelled her to the next round of competition.

Finally had to withdraw, but during virtual interview Broadcast on the show, Marczewski said it was “nice to see the world welcome this song into their dark night.”

She said, “I’m overwhelmed by the reaction to ‘It’s okay.'”

In a statement to CNN, the show said, “Your voice, story and message have impacted millions. Nightbirde will always be a member of the ‘AGT’ family. Rest in peace Jane.”

Host Terry Cruz and judges Heidi Klum Simon Cowell also praised their own social media accounts.
“Breaking news to hear about_nightbirde, she was an extraordinary person, very brave, and very talented,” Quill Wrote on Twitter. “She’s made a huge impact on AGT and the world. Her determination to fight this terrible disease was remarkable. Rest in peace, Jane. I send my love to her family.”

In her statement, her family added that those who knew Marczowski “enjoyed her larger-than-life personality and sense of humour”.

Her family added, “She had a witty joke on every occasion – even if the joke was on her.” “Her lasting legacy will be the gift of hope she gave to so many through her music and the strength she found in Jesus. We thank everyone for the messages of love and support.”