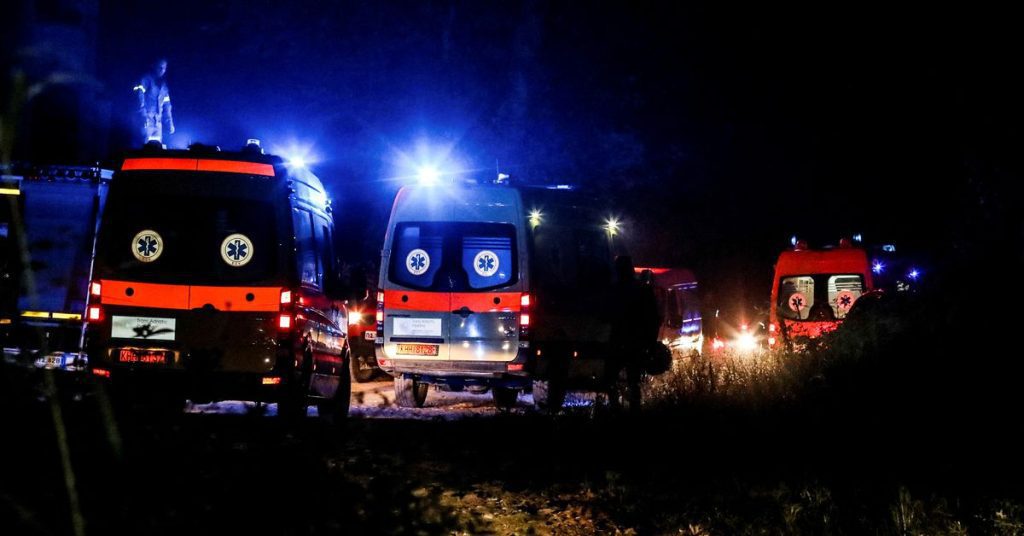 State TV ERT reported that the plane was an Antonov An-12 owned by a Ukrainian company, and was on its way from Serbia to Jordan. The pilot requested an emergency landing due to an engine problem, but the plane’s signal was lost.

Video footage uploaded to ertnews.gr showed the plane in flames and rapidly descending before hitting the ground in what appeared to be an explosion. The fire brigade was unable to confirm the type of plane, but said there were initial reports that there were eight people on board.

It said in a statement that it deployed 15 firefighters and seven engines to extinguish the fire that broke out after the accident. More rescuers were on their way.

It was not clear what the plane’s payload was, but a special disaster response unit was also investigating the scene.

“We are treating the shipment as a dangerous substance,” a fire official said.