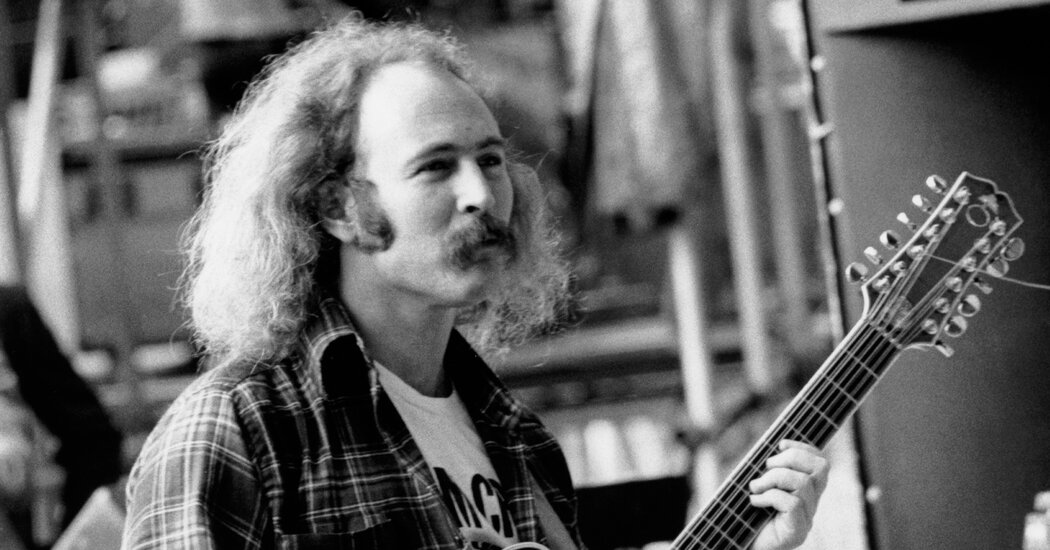 “Don’t you wonder what’s going on underneath you?” The members of this supergroup harmonized at a defining moment in this wonderfully complex musical and verbal construct. Guitars, ukulele, drums, vocals and vocal harmonies ebb and flow through the song, all delivered as if simple and modern.

In 1971, Crosby released his breakthrough solo debut album, If I Could Only Remember My Name, backed by members of the Grateful Dead and Jefferson Airplane as well as Joni Mitchell, who joins for backup harmonies on this song. Crosby sings about a failed spiritual quest—finding “reflections of a shadow I’ve only seen”—and Jerry Garcia’s pedal steel guitar floats above him as he finds acceptance.

In this elaborate miniature, a strange choir of vocal harmonies bears the names of places in France; Then the guitar meter takes over, charting the melody just once before letting it drop.

There’s more than a hint of Crosby’s lifelong admiration for Mitchell in “Holding on to Nothing”, with its quiet strings off-center strum and uneven melody. From the song “Croz” which was his comeback to producing solo albums after 20 years, he muses about “holding on to nothing” on time, longing, depression and perseverance, feeling like “an outsider just passing by”.

In a song from “Lighthouse,” the album that opened Crosby’s years of collaboration with Michael League of Snarky Puppy, Crosby stares into the vast spaces between stars and wonders, “Why do we have to be alone forever?” But gradually, layer by layer, the guitar and song styles overlap and intertwine, indicating that we are not.

See also  Can Tom Cruise use his signature magic to save Tar from oblivion at the box office? | film

Even in his later years, Crosby was experimenting with new approaches. “Curved Air”—written with his son James Raymond—is percussive and rhythmically unpredictable, with flamenco-like hand pops and a spoken-to-the-back bassline. The lyrics wish “a little traction here / a little solid ground”, but as the melody hops around, Crosby is utterly confident.