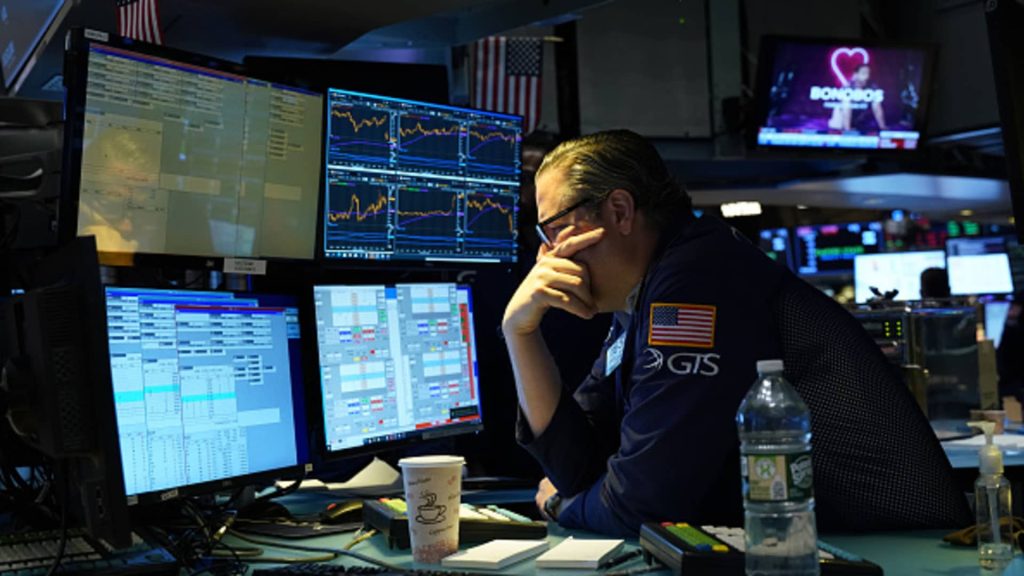 US stocks swung on Thursday, as traders weighed the sharp fluctuations in stocks and rates as the month began.

The S&P 500 was down 0.3%, while the Nasdaq Composite was up 0.1%. The Dow Jones Industrial Average lost 60 points, or 0.2%. The three stock indices opened the session lower. All major averages are on track to finish the week around 5% higher.

The energy sector was the best performer, up 1.2%. Utilities have slowed, dropping more than 1%.

Wall Street started the week on a high, with the S&P 500 index posting its biggest two-day rally since 2020. Stocks struggled to sustain the streak of gains on Wednesday but ultimately failed. The Dow closed down 42 points, or 0.14%. The S&P 500 and Nasdaq Composite were down 0.20% and 0.25%, respectively.

“Few people are convinced that the latest move is more than the rise of a bear market, with skepticism about durability,” said Mark Hackett, head of investment research at Nationwide. “Confidence remains weak, starting with CEOs, small businesses, consumers and investors. Global pessimism is optimistic from a conflicting perspective, although it is difficult to predict the timing of the pendulum swing.”

Investors continue to monitor economic data to see if inflation has abated, or if an interest rate hike by the Federal Reserve is pushing the US into recession.

Data from the ADP showed that the labor market remained strong among private companies in September, when companies added 208,000 jobs. This beats the 200,000 jobs estimate from Dow Jones. On Friday, the Bureau of Labor Statistics’ September jobs report will be released, giving the central bank and investors another piece of data.