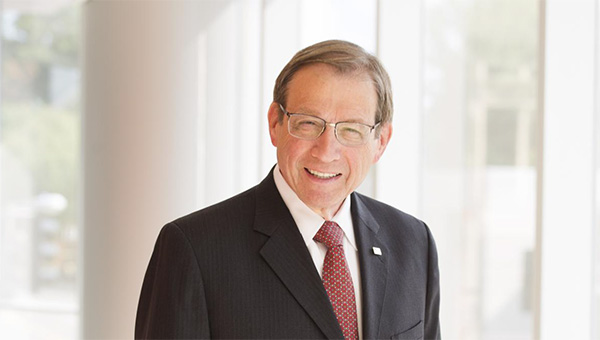 After a long struggle with illness, Michael Nieddorf passed away on Thursday 7 April 2022 in the midst of his family and friends. A special family service will be held. Later to be announced, there will be a memorial service for family and friends to celebrate his extraordinary life and legacy.

Michael’s love and devotion to his family knew no bounds. He was the beloved husband of Noemi Niedorff, father of Peter Niedorff and the late Monica Niedorff, and brother of Susan Niedorff Ringglass and Robert Niedorff.

Michael has been a visionary leader of the Centene Corporation for over 25 years. He built a remarkable American business success story and his commitment to providing affordable, high-quality health care to the most vulnerable people transformed their lives around the world.

Michael Nieddorf joined Centene as CEO in 1996 and led the company on its remarkable path from a $40 million individual health plan to a $125 billion multinational healthcare organization serving 25 million members. Centene is ranked #24 in the Fortune 500 list, #57 in the global Fortune 500, and #7 in the 2019 Fortune Change the World list. Centene has grown to nearly 76,000 employees serving all 50 countries and 3 international countries.

Michael has made diversity and inclusion a central focus of his leadership, creating an international company where women, people of color, LGBT, veterans, and people with disabilities have opportunities to lead and excel. With its strong commitment, Fortune ranks Centene as the No. 2 company nationally for diversity and inclusion. In 2017, Michael was named Citizen of the Year by St. Establishing small businesses in the community.

Michael Nieddorf was one of the most charitable individuals in the country. His charitable work and personal generosity changed the nonprofit landscape across Missouri and across the country. His continued support of hundreds of non-profit organizations has been widely celebrated.

Having a love of the arts, Michael served on the board of the St. Louis Symphony Orchestra, as a trustee of the St. Louis Opera Theater, and as a treasurer of the Kennedy Center Board of Trustees.

Michael was raised in Altoona, Pennsylvania. Graduated from Trinity University and St. Francis College with a Master of Arts degree.