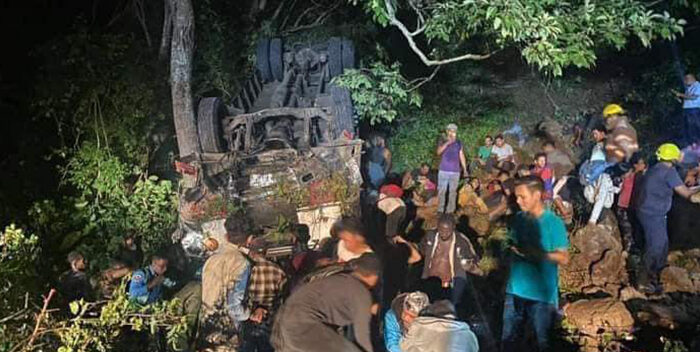 90 people including adults and children were traveling in the bus.

At least 16 people — most of them Venezuelan immigrants — and 47 others were injured in a crash between a bus and two other vehicles in the La Cucamonga sector in Nicaragua’s Esteli department.

The incident took place this Wednesday afternoon when a bus covering the Managua-Jalapa route in Nicaragua collided with two vehicles and plunged into a ditch. Officials said they were traveling at high speed.

According to official media, around 90 passengers, including adults and children, were traveling in the bus. The injured were taken to San Juan de Dios Hospital in Esteli town, they said.

Police and firemen are working to rescue the victims from the bus.

The police released a list containing the names of the deceased, and now only two have been identified:

Get information instantly on your cell phone. Join the Diario Primicia group on WhatsApp through the following link:https://chat.whatsapp.com/LGrm4avkkIt9vm7NJUXF1U
We’re also @DiarioPrimicia on Telegram, join us here:https://t.me/diarioprimicia

See also  Officers with caution before entering the tropical depression