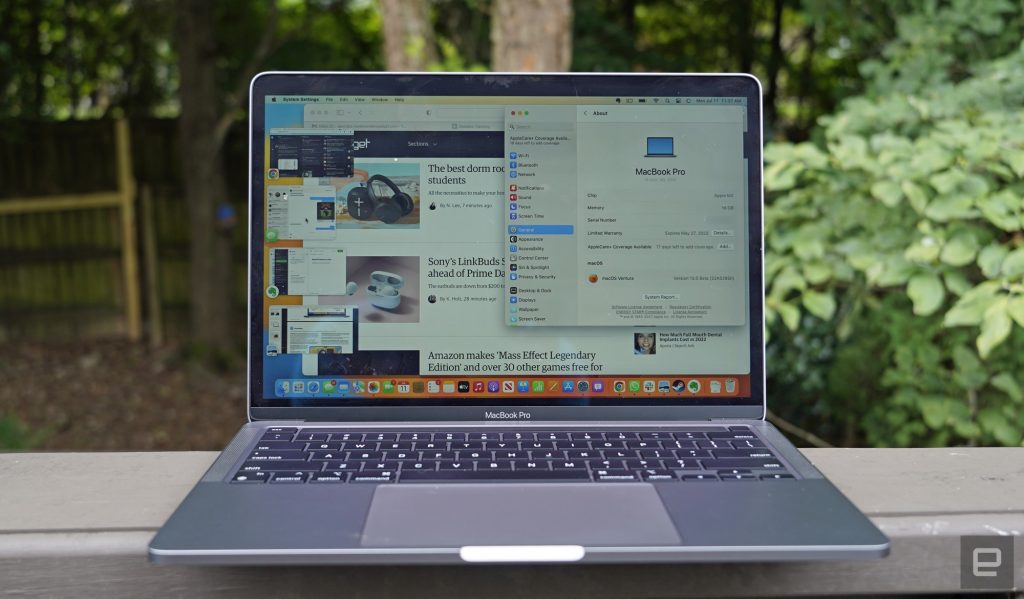 It’s rare for Apple to reshape the way people work on Macs, but that’s exactly what the company is trying to do with Stage Manager in macOS Ventura. At first glance, it’s just a quick visual way to switch between recently used apps. But after testing the first beta version of Ventura over the past week, I think it might also solve the window management issues that have plagued Macs since OS X debuted 21 years ago. Or maybe, you’ve always hated Apple’s Dock.

On top of Stage Manager, Ventura also has a lot of upgrades that should make life a little easier for Apple users. Mail gets the biggest overhaul, but there’s also better collaboration with tab groups in Safari, as well as much-needed features in Messages. To say the least, it’s a more extensive update than .

In my nearly two decades of using Macs — as a college student, IT support worker and tech journalist — I’ve never found OS X’s Dock to be very useful. Sure, when it was first released, it was a huge visual upgrade over the streamlined taskbars in Windows and Linux. (I remember marveling at the fact that the Dock icon can show a video in progress.) But the Dock on its own is a confusing mixture of shortcuts and running app pointers, which is something Also criticized.

If you want to find a specific Safari window, for example, you have to press Control, click on the Dock icon and then select it from the drop-down list. By comparison, the uglier Windows XP allows me to focus on specific applications (and their sub-windows) with a single click on the taskbar. Perhaps recognizing this advantage in usability, Apple introduced Exposé in 2003 as an easy way to see everything you’re playing at once. Since then, I’ve religiously set hot corners on every Mac I’ve used to run specific Exposé jobs (one corner shows whatever’s open, the other shows me only windows for my current app, while the other takes me right to the desktop). Who needs a confusing tub when you can get God’s eye on your entire system?

Fast forward nearly twenty years, and we’ve got Stage Manager, another on-screen tool for navigating your apps. But while it might just seem like an extra clutter for your screen, its main function is to help you focus In fact Arrange your screen. When you select a recent app from Stage Manager, it centers that app on your screen and makes the other windows disappear. Tap on the app shortcut again, and it will cycle through the open windows.